Health benefits that you can reach out and touch

Health benefits that you can reach out and touch

I’ve got a colleague at Marketplace who  has a well-deserved reputation for gathering great tape from the people she interviews. One trick, is that she swears by rolling tape at minute 1. (Jargon translation: Rolling tape means recording. So doing that from minute 1, means that by the time she gets out of the car, she’s recording. The car door, the street sounds, and knocking on the door of the person she’s about to interview, all that gets recorded.)

Most days I’ve got a different approach. I prefer meeting my subject, spending some time sniffing them out — and letting them sniff me out. My rationale is simple: That’s what I’d want it if someone were sticking a big microphone in my face.

That said, I really wish I had done it the other way this week in Camden. I was interviewing 62-year-old Jackie Coleman. My tape recorder was off. My microphone wasn’t in her face. And Coleman started talking about health insurance and what life used to be like without it. She says back in the late 1960s people in her neighborhood used to call Cooper Hospital ‘PF.’

It stood for ‘Poor Families.’

And Coleman says the hospital looked it. Coleman remembers being admitted to ‘PF’ back then and thinking about how ill-equipped and dirty the room felt. She says she actually was able to compare those rooms for ‘poor families’ with other facilities, because after she checked in, a friend — who later became her husband of 20 years — came to visit. He told the nurses they were already married, that she had insurance.

Next thing she knows, nurses are coming up and taking her to a new room on the other side of the hospital. Coleman’s new room: It had a TV and a bed you controlled with buttons. And even more than the amenities, the hospital room struck her because it was clean. So much cleaner than the wing she’d just been on.

Now, as a radio reporter, I live for powerful stories and anecdotes like this. I record them and use them in my stories. Not this time. But I do remember clearly what Coleman said when se walked into that new, clean room.

“I’ve never seen anything like that in my life.” 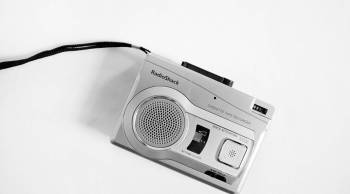