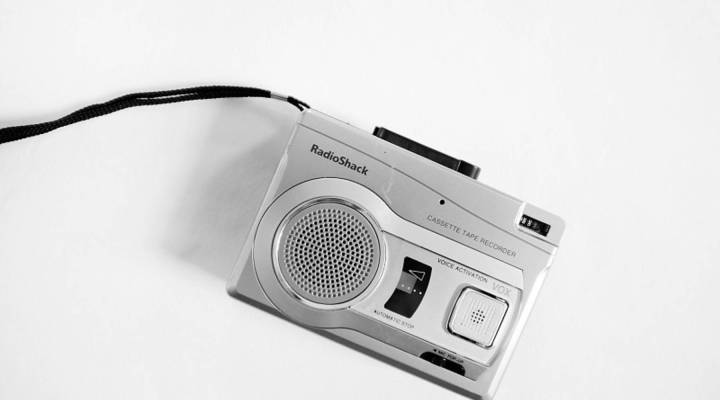 Some co-workers are absolutely bat**** crazy. Some bosses are horrifically abusive. Some office mates make promises or promotions verbally that they “don’t remember” later.

These are all reasons people give for making secret recordings in the workplace.

“Honestly, at first I was just recording them because I would come home and I would talk to my roommate about these things happening at work, and she was like, ‘No, there’s no possible way that happened,’” said Jessica, whose full name and occupation we aren’t using because she fears professional retribution.

“My bosses were divorcing, and things got messy at work,” she recalled. “We would often get really contradictory orders.”

Like one time, one of Jessica’s bosses told her to go home and not come back. She recorded it and sent the clip to the other boss, who told her to stay (in writing).

“I think recording people without letting them know and keeping it to use against them later is kind of a weasel move,” said Heather Bussing, an attorney who often deals with disputed business deals.

In 38 states and the District of Columbia, it’s legal to record if one party to the conversation gives their consent, which means it’s legal to secretly record a conversation as long as you are one of the people having it. In other states, it’s illegal.

“There are still laws in the books in every state about when it’s legal to record someone and when it’s not,” Bussing said.

The punishment varies, and the person you recorded can sue you for civil damages in states where it’s not legal.

Of course, recording with permission is legal, and many workplaces do just that as official policy — recording conference calls and meetings.

A recording can be useful even in states where a court can’t technically accept it as evidence.

“There are ways to get it in — even if you can’t offer it as direct evidence,” Bussing said.

For example, she said, if a recording proves someone is perjuring themselves, it can be used in court. And whether or not you were allowed to make a tape, it can be used as leverage outside of court — either within the company or in the court of public opinion.

“In New York state, depending on your job, it is a great idea,” said Vince White, an employment attorney with White, Nisar & Hilferty.

In New York, you don’t need permission from the other person to record. White gets recordings all the time from clients with a whole range of work problems.

“The most common is sexual harassment. You know, an intelligent woman says, “You know what? Enough. I’ll record this idiot,” and she does,” he said.

While recordings at work can be used as ironclad proof of a whole range of misbehaviors, they can backfire.

“You’ve made a huge move, a huge, aggressive maneuver based on the power of this recording, and it turns out the recording is nothing, or it turns out maybe you didn’t hear your own tone — maybe you were aggressive, maybe you were leading the person to say something, and that can be a real issue, especially in front of a jury,” White said.

And forget the legal stuff, recording at work is just plain risky to your continued employment.

“They could get fired, reprimanded, demoted, you’ll lose trust with your colleagues,” said Susan LaMotte, CEO of Exaqueo, an employer brand and human resources consulting firm. She said it’s usually not worth the risk.

“In the case of Omarosa, talking about the recordings she has in the workplace with President Trump, in her case, she has a lot less to lose — she’s not concerned about making an hourly wage, and if she loses her job, can she put food on her table,” LaMotte said.

There are other options

There are other options before resorting to making secret tapes. Going through HR is one. Taking detailed, dated notes right after an encounter or meeting can actually be very useful in court — all the better if they are timestamped with a computer or email. Also, simply asking people or notifying them that you’ll be recording the conversation or meeting can work. Alternately, you may say you’re uncomfortable having this conversation alone and you want legal representation or a witness.

“Recordings can go viral so quickly,” LaMotte said. “You could inadvertently do a lot of harm if the allegations are proven not to be true, if you don’t capture the whole story or if the recording gets leaked in a way you hadn’t intended.”

That tape recording app on your phone, ultimately, is the nuclear option, so maybe treat it that way.