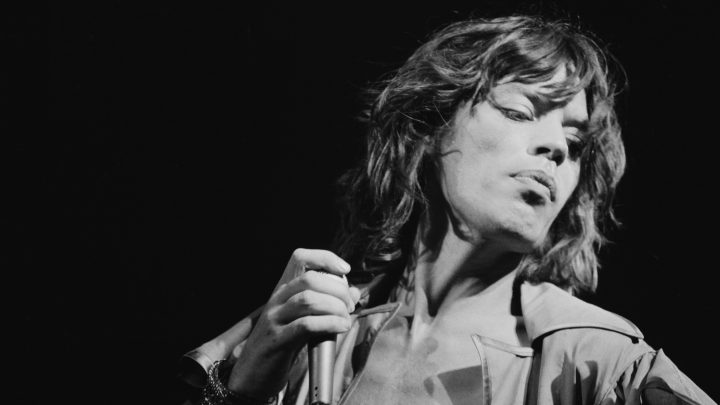 Jim Benz was 11 years old in the 1960s when he first heard The Rolling Stones. He became a die-hard fan, though never did make it to the band’s legendary Madison Square Garden shows in 1969.

Last New Year’s Eve, a friend texted him about a YouTube channel.

The channel had just posted audio of more than 70 rare Rolling Stones recordings. Some of them had never been heard publicly before, including unedited versions of the Madison Square Garden concerts.

“It was really a delight to hear the complete concerts,” Benz said. “This was live and raw, and exactly what people heard that night.”

Well, kind of. The YouTube tapes were taken down before we could listen, but a fan shared with us what had been there. It sounded like someone had intentionally played a dial tone over the music. Fans, however, were able to remove the dial tone.

The mystery of these disappearing recordings might have to do with European copyright law.

The YouTube channel links back to ABCKO, the record label that controls the rights to some early Stones songs like “Satisfaction” and “Paint It Black.” Every time one of those songs is used in a commercial or movies, ABCKO gets a check. ABCKO has had a notoriously bad relationship with the Stones.

Young musicians often sign away their rights in return for a record deal, but not forever.

“In Europe, if you do not release a sound recording or a live recording within 50 years of it’s making, then you lose all your copyright rights,” said Lucy Jewel, a copyright law professor at the University of Tennessee.

A lot of the ABCKO YouTube recordings are from 1969, which means they turned 50 last year and were at risk of having their copyrights expire. ABCKO didn’t respond to a request for comment.

Record companies have used limited releases to extend European copyrights before. Sony published just 100 copies of a Bob Dylan album aptly titled “The Copyright Extension Collection.” But a scratchy YouTube page that disappears after a day? Jewel says that could be a stretch of the European law.

American law is friendlier to artists, according to Jennifer Jenkins, a professor at Duke University Law School. “After 35 years, eligible authors can serve notice and get their rights back. At the end of the day, they give the artist a second bite of the apple.”

Prince was famous for his legal battles to get back the rights to his early work. He finally reached a settlement in 2014 with Warner Brothers, partly because the label knew some of his big hits were about to turn 35.

The ABCKO recording include practice sessions that candidly capture the Rolling Stones’ creative process. ABCKO hasn’t said if it will ever sell these recordings, which fans covet. But you can’t always get what you want.