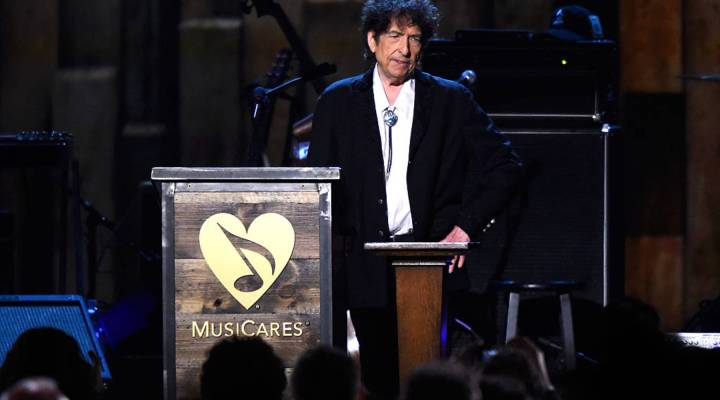 Bob Dylan, who won the Nobel Prize for Literature earlier this month but has yet to acknowledge the honor publicly, will have to give a lecture in order to receive the nearly $1 million purse attached to the prize.

The committee announced the American singer-songwriter as a recipient on Oct. 13, but had trouble getting any sort of response from Dylan. A spokeswoman told Reuters that Dylan will remain the official awardee, but Nobel Prize rules require winners to give one lecture on literature, or forfeit the $900,000 prize money, Reuters reported today.

Per Wastberg, a member of the group that presents the award, previously told media that Dylan’s silence was “impolite and arrogant.”

Recipients have to give a lecture on a subject that is relevant to award. Since Dylan’s award is for his work in songwriting, he could, in theory, hold a concert instead, according to Reuters. As with other prize winners, he’ll have six months after Dec. 10, the anniversary of the death of the prize’s namesake, to complete this requirement.

Dylan might not been too concerned about that prize money.  Reports of his networth range from $80 million to $180 million. He was recently a headliner at Desert Trip, a music festival nicknamed “OldChella,” that featured artist like The Rolling Stones, The Who, Paul McCartney, Neil Young and Roger Waters. The festival was expected make $100 million over two weekends and surpass Coachella as the highest grossing music festival ever. RollingStone magazine reported that acts were making upward of $7 million per set.