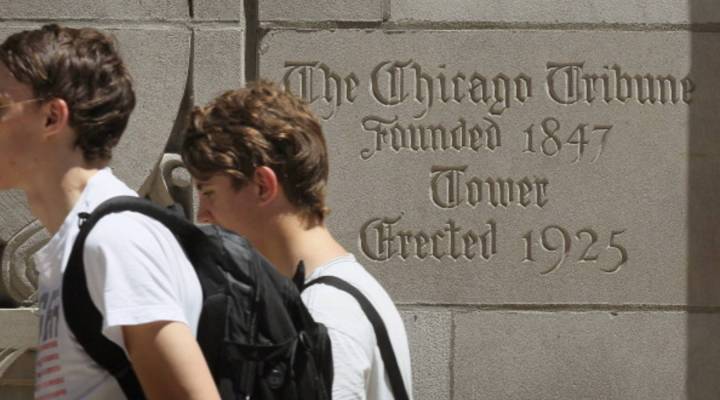 COPY
Pedestrians walk by the Tribune Tower, headquarters of the Tribune Company on June 7, 2012 in Chicago, Ill. Scott Olson/Getty Images

The Tribune Co. emerged from bankruptcy not long ago and began exploring whether to sell its flagship newspapers — the Chicago Tribune and Los Angeles Times. Well, today, it just bought itself a whole lot of air time.

Tribune reached a $2.7 billion deal to purchase all 19 TV stations owned by a company called Local TV. The deal would make Tribune the biggest commercial TV station owner in the U.S., with top stations in markets like Denver and Cleveland.

Last month, Gannett made a $2.2 billion offer for 20 local stations, and another media company, Sinclair Broadcast, has been acquiring them as well. This doesn’t surprise Rick Edmonds, media business analyst at the Poynter Institute.

“The business has really done very well, especially in an election year like last year,” he says. And stations have a more regular source of revenue now, “so-called retransmission fees. Basically, that’s cable companies paying local stations for the right to carry them.”

Retransmission fees are expected to bring in about $3 billion this year.

Of course, TV is struggling with its role in the digital age and declining audiences just like newspapers are, and to deal with that, bigger an be better.

Things like selling ads to TV stations and newspapers. Doctor says the deal would also give Tribune more bargaining power to squeeze higher fees out of cable TV operators.

“What it gives them is really scale. Scale buys time,” he says.

Time to figure out how to make money in the evolving media industry, where things change fast. Doctor points out that just a few years ago, TV stations weren’t such hot properties. The stations Tribune plans to buy were all sold off by The New York Times in 2006.