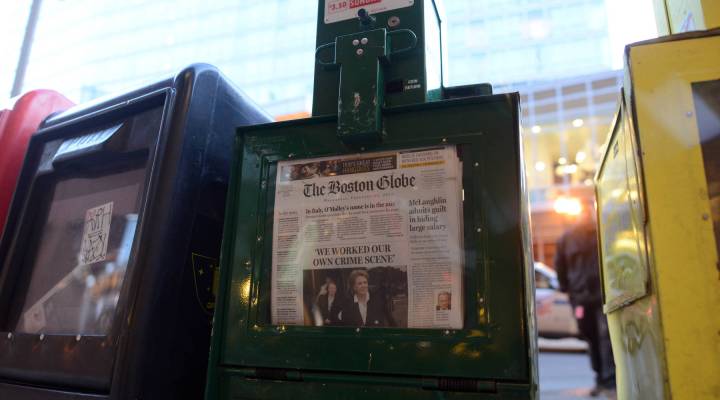 Today the New York Times Company takes bids for the Boston Globe. There are, reportedly, at least eight potential buyers. With print media struggling, why would you want to buy a paper today?

Bids for the Globe are expected to be in the $100 million range. The New York Times company paid more than a billion dollars for the publication 10 years ago.

“These are still businesses that make money,” he says. “Newspapers have stabilized their revenue picture and now, importantly, there are new categories of revenue that have emerged.”

Like paywalls, Rosenstiel says consumers seem more willing to shell out for digital content. And, he adds, newspapers are better positioned to create mobile ads and online ads with local businesses than, say, Google.

“We have the relationships with these stores, we’ve had them for years and years and years, Rosenstiel says. “That’s different than a big company in Mountain View that’s doing everything digitally.”

Rosenstiel notes many papers are also advising local businesses on the transition to the digital age.