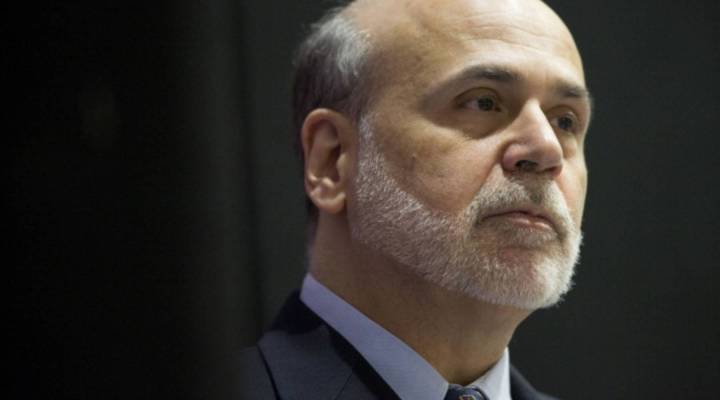 The Federal Reserve is meeting today to decide what to do about monetary policy. At issue is quantitative easing, the big bond-buying program. Through that, the Fed has been pumping tens of billions of dollars a month into the U.S. economy. It’s also been keeping interest rates low to try and stimulate home buying and borrowing. Now that the economy has been showing signs of growth, there has been a lot of pressure on the Fed to back off. That’s lead to concern over whether the Federal Reserve will ease off its aggressive policies and the markets are rampant with speculation as to whether the Fed will “taper” its quantitative easing program or “tighten” it.

That might sound like splitting hairs, but there’s a big difference, says Paul Kedrosky, a senior fellow at the Kauffman Foundation.

“Tapering is the Fed consciously reducing the amount of quantitative easing that it’s doing, tapering off its purchasing,”  he says.

In other words, the Fed’s multi-billion-dollar bond buying program would be gradually stepped down, and interest rates would stay more or less where they are.

As for tightening? “That would be a full 180,” says Michael Farr, chief investment officer at Farr, Miller Wahsington and author of “Restoring Our American Dream: The Best Investment.” “With tightening, the Fed would actually start to reverse the process, they could start selling bonds from their portfolio or they could raise interest rates.”

Max Wolff, chief economist at Greencrest Capital, doubts that will happen. Wolff says whatever the Fed decides to call its policy, the actual changes it makes will likely be gradual. “What we’re really debating is whether the language is aggressive or moderate,” he says. “The policy will be quite moderate.”

Wolff says the Fed might choose to use strong language to appease critics of quantitative easing. Strong policy probably won’t fly, says Wolff, because the economy is still fragile and if the training wheels come off too soon, there could be dire effects. “We could have a shock that could be quite negative economically and could create spikes in things like credit card interest rates, auto loan rates and home mortgage rates.”

Wolff says that could undo the small amount of economic growth we’ve seen, push us back into a recession and require the Fed to start….well, un-tightening or un-tapering.

Since what’s basically going on here is wordplay, we went to three people whose business is words, to ask what they thought.

Tell us your thoughts by commenting below or tweeting us @MarketplaceAPM.