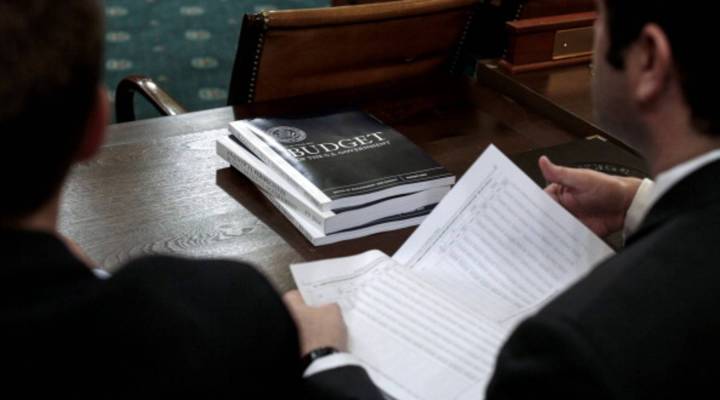 The Congressional Budget Office expects the federal deficit to shrink from more than $1 trillion in 2012 to $642 billion in the 2013 fiscal year. Economists say a few factors, including higher taxes, are contributing to the dramatic shift, and many caution against celebrating the news.

“What we’re doing is looking at what’s happening to a little bush in front of a forest of obligations,” said Boston University Professor Laurence Kotlikoff, who warns that while the CBO’s near-term projections may look bright, the federal government’s obligations like social security and health care costs will tick up inexorably as a growing number of Americans live longer.

The shrinking deficit isn’t likely to resolve any disputes in Washington over whether austerity measures are a boon to the economy.

“If what you think the government should be doing is trying to stimulate the economy in a time of mass unemployment, then this is in fact the result of a bad set of policies,” said Justin Wolfers, a professor of economics and public policy at the University of Michigan.