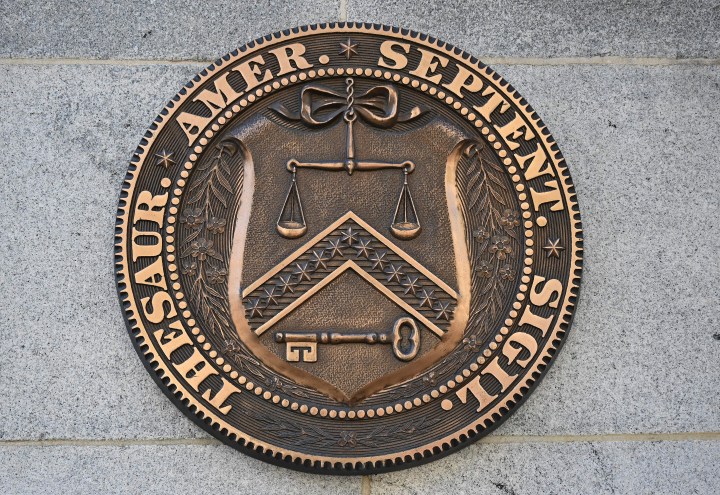 COPY
An October 18, 2018 photo shows the seal of the US Treasury in Washington, DC. MANDEL NGAN/AFP/Getty Images

An October 18, 2018 photo shows the seal of the US Treasury in Washington, DC. MANDEL NGAN/AFP/Getty Images
Listen Now

A growing economy typically means shrinking deficits, but a new report from the U.S. Treasury Department shows the government spent $740 billion more than it took in from October to May — almost the entire federal deficit of the previous budget year.

Last month’s deficit looks even worse than it would due to a timing quirk: June 1 fell on a Saturday, so more benefits were paid in May. But experts say tax cuts in 2017 and increased spending have contributed to an unprecedented fiscal gap over the past eight months.