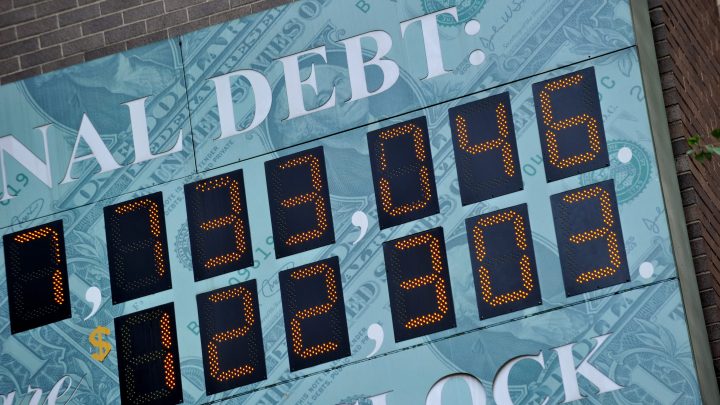 Look, the economy is complicated and it moves fast. News breaks and headlines don’t always tell the whole story. That’s why we’re launching a new series where we take it back to the basics. It’s called “Kai Explains.” This time, we’re talking about something that’s talked about a lot in the news — the national debt and budget deficit.

What is the national debt?

“The national debt is basically all of the money that the federal government has borrowed over time,” said Veronique de Rugy, a senior research fellow at the Mercatus Center at George Mason University.

The debt is the sum of all past deficits, plus additional borrowing and surpluses. It reflects how much the government has borrowed over its history.

The remaining third is called intragovernmental debt, which is debt that one part of the government owes to another part. Social Security and other trust funds are the biggest owners.

The total national debt is more than $22 trillion — that’s a record high.

What is the budget deficit?

So the federal government runs a deficit when its spending exceeds its revenue and it needs to borrow money to make up the difference.

Deficits are how much the country borrows each year. The U.S. budget deficit for fiscal year 2020 is projected to be $1 trillion. Each year’s deficit adds to the national debt.

When is it good for the country to borrow money?

Good reasons to borrow are to invest in something that is going to improve a country’s prospects in the future. When done correctly, public debt can help improve the economy.

“If the U.S. government uses its spending — runs a deficit — but uses its spending to build up infrastructure, or to invest in people’s education, or any sort of thing that will actually improve the economy, improve [gross domestic product] in the future, then that’s a good idea,” Ramey said.