UPDATE: The votes have been counted and the winner of our poetry contest is Marsha Hood! Congratulations! A special shout out to Neal Levin for coming in second. And thanks to everyone for submitting your poems.

It’s National Poetry Month — and also the time many of us have taxes on the mind. So we thought we’d combine the two and ask for your tax poems. To help navigate the poetic waters we invited Doug Kearney, a poet and professor of writing and critical studies at CalArts, to discuss how he would approach an assignment of writing about taxes.

“On one level, the idea of taxes can just be sort of metaphorized as the idea of any kind of debt or repaying what you owe, which is a very fertile ground,” says Kearney. “It’s been a territory that poetry has explored forever.”

Kearney says lines from hip-hop songs were on his mind as he thought about poetry and taxes, like Ice Cube’s “A Bird In The Hand.” In the song Ice Cube raps, “Now I pay taxes that you never give me back / what about diapers, bottles, and Similac” — a sort of sociocultural critique. Another emcee, Lyrics Born, has a song called “Stop Complaining” that features a riff about taxes, where he says: “This is fiscal harassment / they keep fondlin’ my assets!” Kearney says he’s building what one might call a conceit.

The great thing about poems, Kearney says, is that they are great for surprises. And we were certainly surprised by the number of poems about taxes we received from our listeners this month. Listed below is a sampling of some of the works that were submitted.  Vote for your favorite poet and we’ll send the winner a special Marketplace Money prize!

Money now
Money later
Stock your I. R. A.
Refrigerator

As April approaches I suddenly see the prospect of money leaving me.
I saved all my receipts for taxes and such,
But I can tell I don’t have enough.
With medical, work, and charity giving,
I should have spent more.
So tax man I prey please get out of my way for Aprils the month I most want to avoid.
Good-by to my wealth, I wont see you again, but what can I say but wait till next year.

A Sonnet for Tax Day
By Linda Mitchell

In this, the anxious time of year
When taxes loom before our eyes,
I sit with Marketplace in my ears
And ponder payments as advised.
But hark! My notebook within which
My logged expenses I do pen,
Doth now provide the needed stitch
That saves my time no matter when
I do my taxes, logged into
Computer programs made to bring
Me peace of mind, and refunds too,
In hours mere, Tax done! I sing.
The lesson here I hereby teach:
With records clear, you wont overreach.

The kids are in school
the firemen fight fires
the bridges stand sturdy
the pot holes are filled
the hungry are fed.

Every April we show what we value.
Paying our taxes tells who we are.

He led a revolution once.
We all dream of it.

There you are, standing in the back of a jeep like Fidel,
waving to people on a crowded street.
You circle the post office April 15th,
honking the horn at your comrades in line.
smiling and brandishing a Cohiba,
blowing fat smoke rings to show them
how easy it is,
how little youre paying,
how zero can be enough.

It took years for the phone to ring
with the call he dreaded, the sniper-shot
that left him slumped in his chair.
He hung up, called his son-in-law, an accountant,
and ended his resistance with payments, penalties, and pain.
Most revolutions end this way.
He knew that.

It must have felt good for a time, though,
this thrill of not paying.
For a decade he was Che.
For a decade my grandfather was king.

Hail to the April season of taxes
Refined through endless years of praxis
Spring calls us to play,
Instead we must pay
Is it a wonder so many are fractious?

We live in a state of taxicity
Acquiescent to our complicity
Torture, rape and bombs
Violence that numbs
Nostalgic for unknown simplicity

Infrastructure that fails becomes taxing
Inspections, repairs waning and waxing
We commonly trust
Before all is rust
Public works go for bust, no relaxing

Another ode to the IRS
By Marsha Hood

It’s April, I can’t stand the tension
Crunching numbers to file an extension
I can’t make a dent
Like the top one percent
It’s taxing to not have a pension

My father was an accountant;
working numbers was his trade.
Years of helping him with my 1040s,
a tax preparer I was made.

Now without his assistance
juggling schedules A to D,
I realize the knowledge
he so kindly passed to me.

Though tax forms aren’t
the most fun I’ve ever had,
as I approach the task each April,
I enjoy fond memories of my Dad!

Another ode to the IRS
By Joan Berly

Leave it behind –
troubles and scam.
No money in pocket –
No taxes advance!

Alas, ’tis the time to file my tax
Let’s see if I can deduct the max
The IRS I’m sure is twiddling their thumbs
Maybe this time I’ll throw them a few crumbs
Should I file myself or use the pros?
With each passing minute my anxiety grows
Hours on end I work for uncle Sam
Sometimes it feels like one big scam!
It’s time to bid farwell to all my money,
Won’t have a penny to take out my honey,
I should fear not, be happy and stand tall,
Maybe I’ll get a check to party at the mall!
No use huffing and puffing day in and day out,
Everyone pays no matter what their clout,
Sigh,for taxes are here forever to stay
Toil away, pay your share and just move on I say!

Whose forms these are I think I know.
Tomorrow is the deadline though;
My income I must first declare,
And then I’ll find out what I owe.

I dread this awful questionnaire,
I grind my teeth, I pull my hair.
I wonder how much they will take
As I perspire in despair.

My head begins to pound and ache.
I start to sweat, my fingers shake.
I owe too much, I’m in too deep.
There has to be some big mistake.

When did It become
“Un American” “Un Patriotic”
To Pay Taxes?

A long time ago, I got my first real paycheck from the
“Happiest Place On Earth” and I was pissed off! I vented
to my father why I was angry “Look how much they took out
in taxes!” I said in dismay, about to continue my rant
my father, with disregard for how I was feeling, bluntly said
“ shut up, sit down, be quiet, and listen to me”

My father, a very smart, well educated, experienced man,
who also had one hell of a back hand. So out of respect, I did as ordered
and he proceeded to say . . .
“It is a Privilege to pay taxes in the U.S. of A!”
“If not for America
Our people, would not have the freedom to bitch and complain!”
“ Let alone be alive to even do it!”

“So shut up” he said, in his deep Virginia drawl, and be thankful
for what you’ve got, right now and in the future,in good times and bad,
being born in this country, is the greatest gift you will ever have.” It is a privilege to
breathe the fresh air that freedom provides.”
And I knew in my heart, he was right.

I was 18 then, 52 today, and Dad has just recently passed away
And when tax season comes and it is time to pay
I always remember what he told me that day
“It is a “Privilege” I say to myself, and I admit, with some regret,
I sit down and write that damn check . . . .

There is this short little bearded fat fellow
a Harvard man I understand, an Objective believer in Ayn Rand
who Apparently decided, at the age of 12,
for what ever reason, is compelled to perform an act
I grew up, believing was treason
His goal in life, you see, is to drown, Our Federal Government,
(Which, by the way, equals You and Me)
in a bath tub full of water or Gin until “We the People”
are quite thoroughly done in
An extremely Machiavellian point of view, I believe, and very Ironic,
owing to the fact that Machiavelli was writing metaphorically, and in the sardonic. 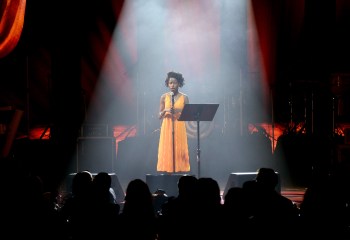