Youtube announced that it’s reached a billion viewers per month, putting in the same league as Facebook and its parent company Google.

But it’s unique for another reason: The fact that it’s lasted at all.

“In industries like this where the market grows rapidly and the technology changes very rapidly, it’s very rare to see these cases,” says Fernando Suarez, a professor at Boston University School of Management. He says most early movers in the Internet age get shoved out at some point.

“If you enter an industry early, and you don’t have resources to do it right,” Suarez says,  “you lose users like what happened to Friendster.”

There are several reasons for this — sometimes companies grow so fast, but they don’t have the financing to scale up, so their product becomes buggy or unattractive.

In the case of technology that’s rapidly changing,  sometimes early movers  can get “locked in to the wrong technology,” Suarez notes.

In the case of Youtube, Suarez says not only did it get solid venture capital early on, the company came at just the right time when streaming video appeared.

The company has also been able to evolve  ably as time has gone on. Clark Fredricksen, VP of eMarketer, says it’s still evolving even now.

One of Youtube’s challenges now, he says, is that advertisers still like produced programming over clips from, say, your bachelor party.

Take the movie-TV streaming website Hulu. “While Hulu’s reach is much, much smaller,” Fredricksen says, “they end up serving far more ads” because large advertisers are much more comfortable near TV quality content.

“That’s why we’re starting to see Youtube run towards studio content, and away from the the cat videos,” he says.

Though we are still going to have lots of cat videos in the future. 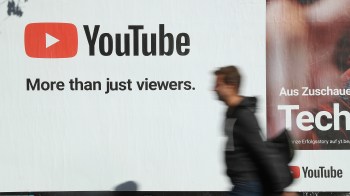