Letters: Can I deduct a lost diamond bracelet on my taxes?

Letters: Can I deduct a lost diamond bracelet on my taxes?

Bonny from Tallahassee, Fla., lost a diamond bracelet this year. It was not insured and she wants to know if she can deduct any of that loss on her federal income taxes. The bracelet was bought in 1988 for about $4,500.

“A lot of people don’t realize that even though they have a certain piece of jewelry and they lose it or it gets stolen, they can still kind of go through their homeowners insurance policy and get anything for it,” says Barajas, cautioning that at some point Bonny might have had to itemize the bracelet and let the insurer know about it. “If you don’t have that, you’re going to have to fill out form 4684, which is for casualty loss.”

But Barajas says that even though she can deduct the loss, she probably won’t be able to.

To hear more tax-related advice on claiming property as a loss and to hear how certain IRS documents got their names and numbers, click play on the audio player above. 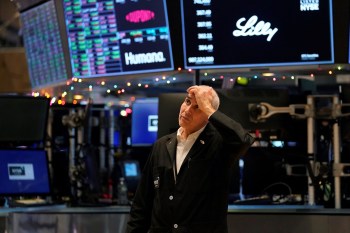 Why do we allow investors to deduct stock market losses from their taxes?

How femtech uses data to help women and advertisers