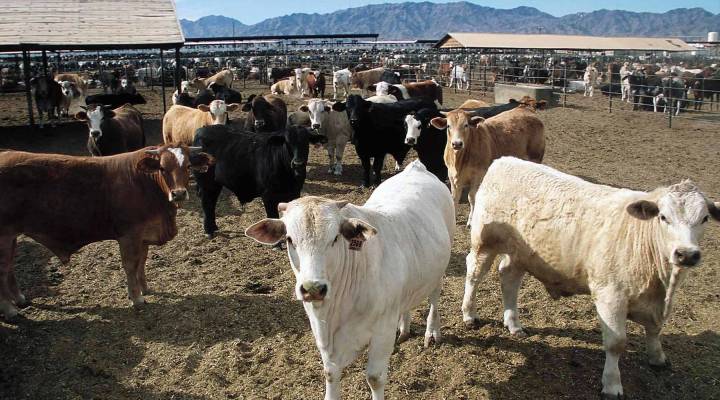 Zoetis raised $2.2 billion, the biggest initial public offering since Facebook’s debut in May.

Zoetis shares jumped during their first trading day on the New York Stock Exchange. Health care is one of the fastest growing sectors of the global economy. Within health care, the animal health business is an even better performer. And, Zoetis is the biggest player in that market by revenue.

“If you were to look at the worldwide market, you are looking in the neighborhood of $20 billion in annual sales,” Damien Conover, director of pharmaceutical research at Morningstar, told Marketplace earlier this year. Conover projects the animal drug business to grow at a “moderate” pace — 5 percent — over the next five years.

“I mean, I’ve had people do second mortgages on their homes for animals. I know some who have spent upwards of $60,000 on their pets,” Berman said.

“As third-world countries begin to eat more protein, have better economies, that’s where the real growth has been,” said Jon LeCroy, who tracks pharmaceutical stocks for MKM Partners.

With more farmers feeding a growing hunger for beef, chicken and pork, drug companies are providing new vaccines and treatments. Texas A&M veterinarian Dr. Tom Hairgrove works with ranchers. He says drugs are more expensive now, but worth it because they keep the animals healthy and growing.