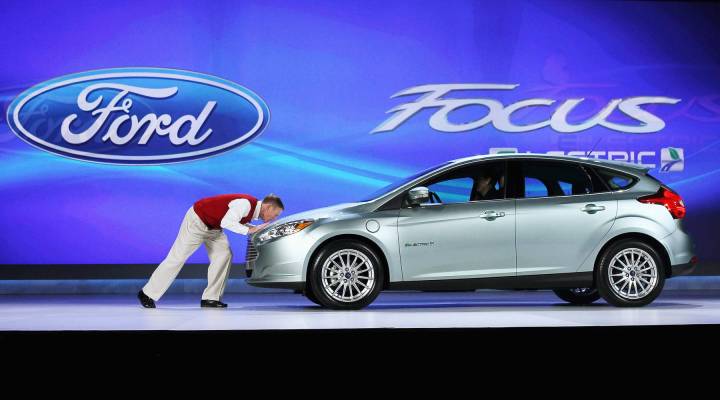 2012 was a record year for fuel economy, with an average 23.5 miles per gallon. That trend is expected to continue next year.

Jessica Caldwell, a senior analyst for Edumunds.com, says increasing fuel economy laws continue to drive the market, and the rewards for research and development are huge. Just ask Toyota, she says:

“Every automaker wants to have that car that is like the Prius, and really stands for moving forward, technology, fuel efficiency. So, I think it is in their best interest to create these vehicles.”

In 2013 six new hybrid models and eight more plug-ins will be sold across the country. And while the fuel efficiency of regular old internal-combustion engines is also improving, Caldwell says automakers are still banking on hybrid technology.

“They’re definitely going to win out in the long run. So it’s not a short-term strategy, but a long-term strategy.”

Right now, hybrid or all-electric cars make up only three percent of the market, up from just 0.2 percent a decade ago.