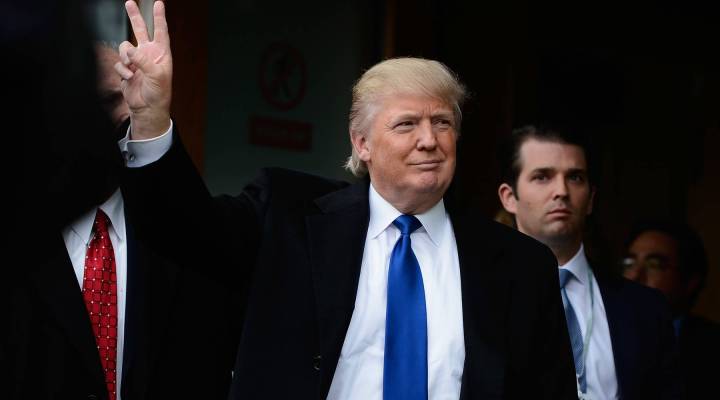 At least that’s what one petition from SignOn.org is hoping to achieve. Angelo Carusone, 30, says he filed the petition when he realized that Macy’s, a store he has loved since childhood, was aggresively promoting Donald Trump’s clothing, homeware and fragrance brands. The petition now has nearly 500,000 signatures.

“Apparently a lot of people also feel the same way about Macy’s magic as I do,” says Carusone, who decided to take action when Trump asked President Barack Obama to hand over college and passport records in exchange for $5 million being donated to a charity of his choice.

“The big final straw was that big $5 million stunt,” says Carusone. “I thought, geez, you know, Mr. Trump’s brand is bullying and, to me, that didn’t seem to reflect the magic of Macy’s… and Macy’s is capitalizing on his bad behavior.”

Trump’s products have reportedly been big sellers for Macy’s, but The Donald’s brand is changing, according to marketing consultant Faith Popcorn. “He used to be a lot more elegant and a lot more of an icon,” says Popcorn. “But what he’s bringing to the brand is negative political kind of backlash.”

That could hurt Trump brand sales and alienate Macy’s fans says Dan Schawbel, founder of Millennial Branding. “Donald Trump’s name is his brand. If people don’t like what he stands for, they’re not going to buy his products.”

“Maybe they’re doing a little back-stepping to make it seem more fun,” she says. “But how does Trump fit with the magic of Macy’s? The parade? People loving the windows?”

Neither Trump nor Macy’s answered requests for comment, but The Donald tweeted today that his cologne, Success by Trump, was the perfect Christmas gift.