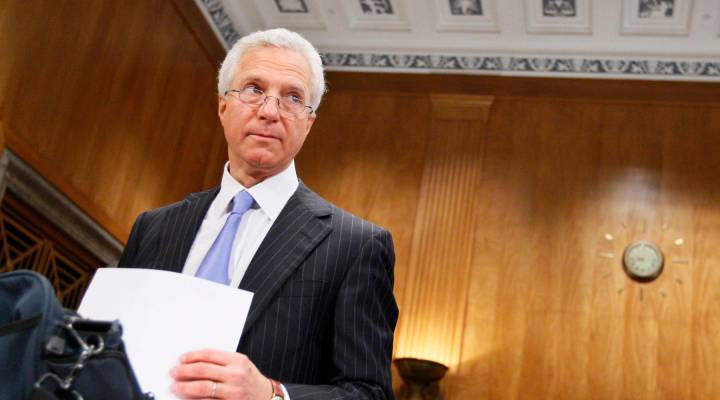 Former Treasury official: AIG no longer ‘too big to fail’

Former Treasury official: AIG no longer ‘too big to fail’

In September of 2008, during the peak of the financial crisis, insurance giant American International Group (AIG) became the beneficiary of an $85 billion loan from the Federal Reserve — the largest loan in recorded human history. It was the first of several cash infusions by the U.S. government, which ultimately bailed out AIG to the tune of $182 billion.

Now the government is selling off more of its stake in AIG — about $18 billion worth of company stock. With this sale, the government will reduce its investment to about a 20 percent stake. For more on this latest stock sell-off, we spoke with Jim Millstein, who ran AIG’s restructuring for the Treasury.

“When you add up all of the interest and fees and profit that the Federal Reserve made, as well as the profit the Treasury Department is going to make on the common stock it owns, the government of the United States… probably will have ended up making $20 billion or so for taxpayers,” said Millstein, the former Chief Restructuring Officer at the U.S. Department of the Treasury.

“These were intended to be temporary investments, and making a profit is a nice thing, but the government owning large stakes in large companies is not what most Americans expect of their government,” he said. “I’d expect they’ll sell off whatever they have — after this offering is concluded — as fast as possible.”

So what’s next for AIG?

“I think like many of the other TARP recipients who have paid back all of what they owe to the government, they are now free to pursue an agenda set for them not by the government but by their board of directors and by their shareholders,” Millstein said. “AIG is a smaller company, a more manageable company, a less risky company today than it was when it first knocked on the Federal Reserve’s door seeking help.”

“So it may still be big, but it’s not too big to fail anymore,” he said.

Treasury expects to borrow $3 trillion over next 3 months