Are you good at saying, “WHAT?” Well, get ready to do exactly that. A team of Harvard researchers have developed software that will allow you to create characters in a video game and then print them out in reality. Like you make it in the game and then you get a 3D version of what you’ve just made in real life.
(insert WHAT here)
The software essentially helps create a more realistic framework for a drawing, imbuing it with joints and some sort of feasible skeletal structure. With drawings, the idea of where the knees go or how the spine works is kind of glossed over. Then it guides the process of 3D printing so you’re left with a real thing.
From the BBC:

It is difficult to understand where the joints are just by looking at a character in 2D.
The software then optimises the location and the size of the joints for the physical world and generates the best possible model.
The software also analyses a computer character’s skin and enhances the texture, making it possible for details such as scales on a snake to show up on a printed object.
The researchers say that the tool may be useful for artists and animators to experiment with a moving character. 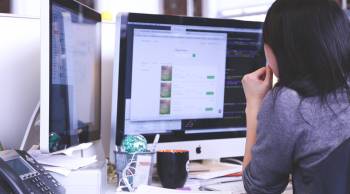