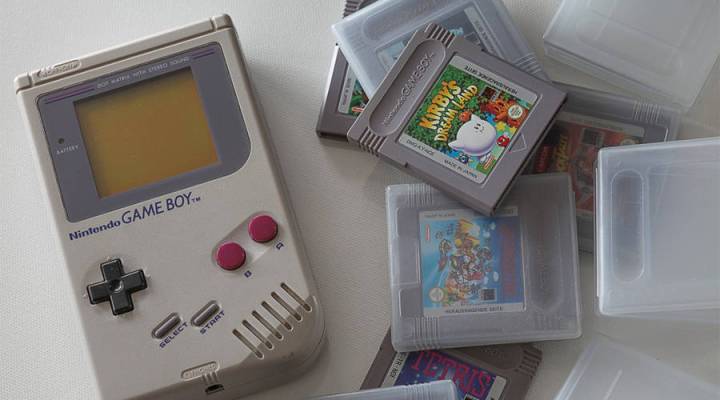 COPY
The original Nintendo Game Boy came out in 1989 pxhere

Nintendo’s Game Boy came out 30 years ago. It marked a beginning and an end. The end of me as a productive child, teenager and adult — let’s face it. The device was janky by today’s standards, but it was revolutionary in 1989. It was also affordable enough that a kid could buy one after a single summer of delivering the West Toledo Herald newspaper in his neighborhood. Because my parents would never buy me one.

What the Game Boy began was serious mobile gaming, which is a big part of how we play today. Some project mobile gaming will bring in more than $100 billion in revenue in 2021. Ian Bogost, a game designer and professor of gaming at the Georgia Institute of Technology, says I’m not the only one who spent hours staring at that little screen. The following is an edited transcript of our conversation.

Ian Bogost: The world went nuts for it. It was very successful in Japan before it arrived in the States, but it was uncertain as to whether it was going to be a domestic success. It has kind of a strange name, Game Boy. It had been marketed at young kids. In some ways it was “Tetris” that made it have that broad appeal. Nintendo explicitly and deliberately included “Tetris” as a way of broadening the market for the system.

Jed Kim: “Tetris” was a game that my dad got addicted to. This is a man who thought video games were incredibly dumb and mind-rotting, yet he spent hours on “Tetris.” How did demand shape what games were created?

Bogost: In some ways it was less demand than the philosophy and design of the system itself. The designer of this system was a fellow named Gunpei Yokoi. He had this philosophy of repurposing old or dead technologies. The Game Boy had this processor from the late 1970s and that terrible screen, that passive matrix kind of green-shaded screen. In fact, the screen itself had trouble with motion because of the way that it was constructed. A game like “Tetris,” a slow-moving puzzle game or tactics game like that, was much more playable on the system.

Kim: Nowadays we have really powerful computers walking around in our pockets. Are our smartphones kind of our Game Boy proxies?

Bogost: They are to some extent. Certainly we use smartphones to play the kinds of games that the Game Boy made popular in that format. There’s a direct line from “Tetris” to “Candy Crush.” I think that’s one of the important things to realize about the Game Boy. Some people might think, “Well, I don’t have a relationship with the Game Boy because I don’t play games or I don’t play them very much.” But, of course, they all almost certainly use a smartphone to do lots of different things, and that gets its start — even the way that you hold the thing is very similar to the way that the Game Boy was held. It’s probably worth observing that the name was kind of a riff off the Walkman, which had come out about 10 years before that. That was a thing too that, even if you didn’t listen to music all the time, changed the way, set the stage for how we use consumer electronics and later computers.

Kim: Nintendo with Game Boy kind of created — or at least revolutionized — the mobile gaming market, which is huge today. But how is Nintendo doing in that market?

Bogost: They’re doing both well and poorly. Let me explain what I mean by that. The Game Boy and its subsequent products, the Game Boy Color and so forth, sold well over 100 million units throughout the ’90s and into the early 2000s. Then Nintendo released follow-up products. There was the Nintendo DS, which was like a Game Boy but had two screens and folded up, and that, too, sold hundreds of millions of units. But of course, that pales in comparison to the smartphone market, to the the phones that Samsung sells or that Apple sells. Those aren’t exclusively gaming devices, of course, but they are used for gaming. Nintendo has been very deliberate about bringing very, very few of its properties and its franchises like Mario to smartphones. They really like to keep them on their own platforms. They’ve experimented with it a little bit, but it’s been a mixed bag. Within their sandbox, if you will, Nintendo has been enormously successful. There’s no question that selling 300 million to 400 million units of something and then all the software for it is an enormous success. But if you compare that with the smartphone hardware and software market, then it looks like a modest success.

Nintendo’s biggest success with mobile gaming on smartphones is without a doubt “Pokemon Go.” If you weren’t already feeling old, that game turns three this July. Business of Apps has a breakdown of how that game has done and is doing. It has greatly cooled down from the initial download frenzy. But its best month for active users came in May of last year with 147 million people logging on worldwide. The game continues to bring in $200,000 in revenue daily. Who knows? That might even go up if the “Detective Pikachu” movie that’s releasing this week makes people wanna catch ’em all.

Whatever it was about the app that captured hearts and minds, there are copycats. Notably, the Catholic Church. The game “Follow JC Go” (the JC stands for Jesus Christ) allows players to collect biblical characters and saints. It’s intended to help the church’s evangelization, and it was even blessed by Pope Francis. But, as a Wall Street Journal opinion writer notes, that doesn’t mean it’s a whole lot of fun.