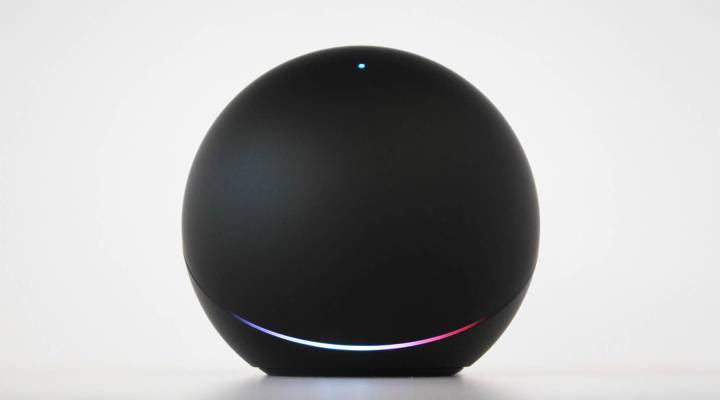 Google’s Nexus Q: Made, not just designed, in the U.S.A.

COPY
A Nexus Q is displayed at Google's Developers Conference on June 27, 2012 in San Francisco, Calif. The Nexus Q runs on Android 4.0 and is a social steaming media player, and a 25-watt amplifier utilizing Google's cloud-based service. Will Google’s decision to manufacture its Nexus Q media player in the U.S. instead of China pay off? Mathew Sumner/Getty Images

Google’s Nexus Q: Made, not just designed, in the U.S.A.

A Nexus Q is displayed at Google's Developers Conference on June 27, 2012 in San Francisco, Calif. The Nexus Q runs on Android 4.0 and is a social steaming media player, and a 25-watt amplifier utilizing Google's cloud-based service. Will Google’s decision to manufacture its Nexus Q media player in the U.S. instead of China pay off? Mathew Sumner/Getty Images
Listen Now

Kai Ryssdal: There’s a big Google conference in San Francisco this week. Lots of new gadgets, software updates, apps, all of that — including what’s basically Google’s answer to Apple TV/kind of a TV/computer/sound system hybrid.

It’s called the Nexus Q, and it does have one feature its competitors don’t. Not a what so much as a where. Google says its new device will be designed and made entirely in the United States.

Marketplace’s Stacey Vanek Smith has more on what Google could gain by staying home.

Stacey Vanek Smith: Google’s not saying where in U.S. it’s going to make the Nexus Q, but there are real advantages to moving production here, says Carl Howe, a tech analyst with the Yankee Group.

Carl Howe: You can have your manufacturing closer to your designers, you have more control. In exchange, it costs you a little bit more.

Or a lot more. Google said that labor costs are one reason the Nexus Q will be so much pricier than its competitors — about $300 compared to the roughly $100 price tag for home media players made by Apple and Roku. Howe questions whether consumers will pay that kind of premium for Made in the U.S.A.

Howe: It can be a little more. It can’t be three times more.

Apple and other tech companies have been manufacturing most of their products in China and not just because it’s less expensive.

Charles Duhigg is a staff writer for the New York Times who has covered Apple factories in China. He says there’s also a convenience factor.

Charles Duhigg: They have the screw factory next to the wire factory, right next to the manufacturing factory. They’ve got tens of thousands of people that you can hire overnight.

There are also disadvantages. Duhigg says Chinese wages are rising fast and there’s the possibility of political instability. He thinks that is why Google is using this product to experiment with manufacturing stateside.

Duhigg: Clearly Google has said to itself, if we start on a small basis, trying to see what we can learn about U.S.-based manufacturing, that might give us a huge advantage down the road.

Other companies are making the same move. Caterpillar and General Electric have also shifted some manufacturing back to the U.S.