Kai Ryssdal: Being rich and powerful and owning an entertainment and news conglomerate is probably a pretty good deal most days. This, however, is not one of them for Rupert Murdoch. We learned today — courtesy of his flagship newspaper The Wall Street Journal — that the aforementioned conglomerate, News Corp., is considering splitting up. Entertainment spun off into one company, publishing and newspapers into another.

Adriene Hill: News Corp. could be headed for a big-time break up. “Irreconcilable differences” seem to be pushing apart the in-your-face Fox network.

Wall Street Journal: That’s basically what the experts are saying.

But it’s not personality differences causing the rift, so much as business model differences.

Rick Edmonds: It makes sense as the problems of the newspaper industry continue.

Rick Edmonds is a media business analyst at the Poynter Institute. He thinks the company may just be more valuable in pieces than it is together.

Edmonds: Separating out that part of the company from the other more profitable and growing segments probably will work well for investors.

Eli Noam: What we’re observing around the world is that media conglomerates are actually slimming themselves down.

So what’s it mean for the print side of the business? Analyst David Joyce from Miller Tabak thinks investors will steer clear.

David Joyce: There are a number of investors who have not invested in News Corp. over the years purely because they have the publishing assets in the company.

But he thinks newspapers are fully in the DNA of the Murdochs — and that the papers could wind up as a private company under family control. 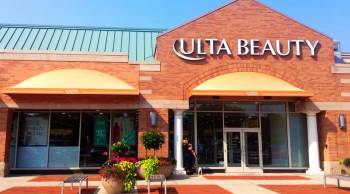