Jeremy Hobson: The Supreme Court is expected to rule by the end of next week on whether President Obama’s healthcare law is constitutional. One part of the law that’s at stake is guaranteed coverage for people with pre-existing conditions.

Marketplace’s Adriene Hill has this report on what exactly counts as a pre-existing condition.

Adriene Hill: I wanted an easy-peasy definition of a “pre-existing” condition, so I called up Karen Pollitz at the independent Henry J. Kaiser Family Foundation.

Hill: I was wondering if there is a simple definition out there.

Karen Pollitz: Ha ha, simple. Well this is health insurance, so not exactly.

And “not exactly simple” doesn’t even come close to how complicated the answer is. The rules vary state by state, company by company, ailment by ailment.

But in general, say you want to buy a health insurance policy on your own.

Tim Peterson: Some of the questions are, are you pregnant? Or are you an expectant father? Do you have any retained hardware?

Tim Peterson is an insurance broker in L.A. He walks me through an application — the questions pretty much include everything that can go wrong with your body.

Peterson: Do you have any ulcers? TMJ? Arthritis? If you’re actively in therapy, that can be an issue.

Not all these things mean you’ll pay more, or get denied — that’s up to the individual insurer. But Peterson says there are surprises.

Take a client who wound up with a toenail fungus after a pedicure, and had to take medicine to treat it.

Peterson: And they got a 25 percent rate increase for having taken a medication for toenail fungus.

As many as half of non-elderly Americans have some kind of “pre-existing” condition, according to the Department of Health and Human Services. If health care reform is upheld by the Supreme Court, those conditions will basically stop mattering in 2014. You can’t be denied, and:

Sara Collins: You will pay the same premium.

Sara Collins is with the Commonwealth Fund.

Collins: Just as if you were working for an employer who offered a health plan, you don’t pay more than your colleague because you have diabetes and your colleague doesn’t.

But if the Supreme Court decides the act is unconstitutional, everything from cancer to hayfever could continue to count against you. 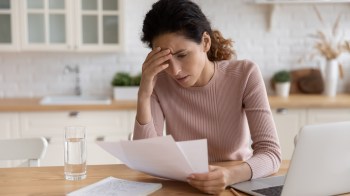