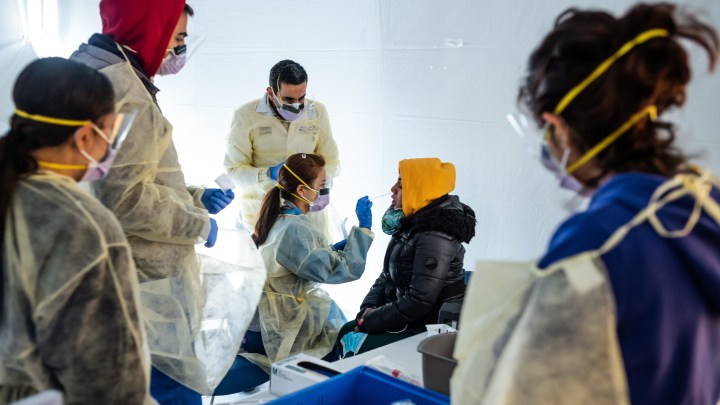 Open enrollment for health insurance ended Tuesday in the 36 states that use the federal marketplace HealthCare.gov.

Other states and Washington, D.C., have later deadlines.

And it’ll be a while before we have final numbers, but early indications are that the number of new people signing up for health coverage was about the same as last year. Despite the fact that millions of people lost their jobs this year — and presumably the health care that came with them.

Because their jobs in restaurants, retail and hospitality didn’t offer it.

Pollitz said many of those who did lose coverage through employers were able to replace it.

“People have been figuring out if they did lose job based coverage and if they still make too much for Medicaid, but they did have a qualifying event, they’re figuring out how to sign up for marketplace coverage,” Pollitz said.

That means the Affordable Care Act is working as intended, said Aviva Aron-Dine of the Center on Budget and Policy Priorities.

“And protecting people who have lost their jobs lost their coverage from becoming uninsured,” Aron-Dine said.

There are still about 29 million people who are uninsured. Many are eligible for free or low-cost coverage and just don’t know it.

Kavita Patel, a doctor in Washington D.C. and a fellow at the Brookings Institution, had an uninsured patient come in a couple of weeks ago.

“And when I said, ‘Have you looked into whether you qualify for Medicaid or potentially even a subsidy to buy health insurance?’ And she said, ‘I have no idea what you’re talking about,'” Patel said.