Keeping up with the Henrys

Keeping up with the Henrys

Kai Ryssdal: There was a time in our lives when my wife and I were DINKs — double income, no kids. Also, yuppies — young upwardly mobile urban professionals. Today, sad to say, I learned I’ve become a HENRY — high earner, not rich yet. Apparently I’m behind the times. Henrys have been around for a while — 2003 is when the term first appeared, but it’s coming back into vogue as the economy tries to get itself going.

Sally Herships: Pam Danziger is president of Unity Marketing. Her company  researchers the spending habits of high-end consumers. So she’s very friendly with the Henrys.

Pam Danzinger: The term Henrys — H-E-N-R-Y — stands for high earners, not rich yet.

If you’re a Henry — and 20 percent of Americans are — it means you earn about $100,000 to $250,000 a year. You’re probably married. And you’re shopping at Banana Republic or Bloomingdales, but probably not at Barneys. Henrys spend a lot.

Danzinger: They account for more than 40 percent of all total U.S. consumer spending. So they’re the heavy lifters in the economy.

And retailers are relying on them more ever. Carl Obermiller teaches marketing at Seattle University’s Albers School of Business. He says the middle class and the poor don’t have as much spending power as the Henrys and the rich are scaling back.

Back in 2011 there was a huge spike in spending by the ultra rich. It was pent-up demand after the recession. But just when the Henrys are needed, they’re nervous. There’s the shaky stock market and fears of a global recession.

That’s why Pam Danzinger says the Henrys spending is only slowly creeping up. But at least they don’t have it as bad as the SITCOMs — that’s single-income, two children and oppressive mortgage. 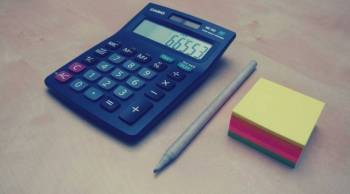