Jeremy Hobson: You know how advertisers are always after that key 18-to-34-year-old demographic? Even though 18 to 34 year olds aren’t necessarily the biggest spenders in the world? Well one of the big reasons is that if advertisers can hook you while you’re young — you might just stick with their products forever. That’s the theory.

But it might not be the case anymore. According to a recent study from WSL Strategic Retail in New York, young people aren’t as brand loyal as their parents. Wendy Liebmann is the CEO of WSL and she’s with us now from New York.

Hobson: So is brand loyalty a thing of the past?

Liebmann: It’s not a thing of the past, but it’s hard to gain and hold onto in these tough economic times. So price is really the big message running across everybody’s brow and when they’re thinking about price, they sometimes have to give up on brands they’re loyal to.

Hobson: So it’s just about price, it’s not that they want to buy whatever their friends like on Facebook or things like that? They are just looking for the cheapest option?

Liebmann: Everyone is certainly bombarded by lots of information. But one of the big issues — particularly for the younger generation, the so-called millennial generation — is the fact that they are really, really pressed financially at the moment, so they’re making different kinds of decisions than probably their older brothers or sisters or their parents did.

Hobson: So does that mean that the old tactic by advertisers of basically getting you while you’re young — getting you to pick Crest instead of Colgate toothpaste so that you’ll always be used to that brand and you’ll be used to it for the rest of your life, is that model then not going to work for these millennials, as you say?

Liebmann: It’s much more challenged. Certainly millennials want to be loyal or are interested in brands that serve their needs, but at the same time they are thinking very differently about what’s worth it to them now.

Hobson: Well, what are the implications? It seems that this is going to have big effects on advertisers.

Liebmann: On advertisers, on retailers, on brands, and it requires a different kind of thinking today than it did before. Part of it is saying to people it’s not just hundreds of dollars, but it’s hundreds of dollars because it’s made with certain quality; it’s made under certain restrictions so it’s not hurting people in other countries. All of this tells you why you need to buy it and why it’s worth the price the manufacturer is asking for.

Hobson: As a branding expert, are you susceptible to marketing tactics or do you see through it all?

Liebmann: Oh, I see through nothing. On the one hand, I am an expert in how people shop. On the other, I am just a shopper and love to do it. So I fall in both courts depending on the day.

Hobson: Wendy Liebmann is CEO of WSL Strategic Retail, thanks so much for talking with us.

Liebmann: Thanks for having me. 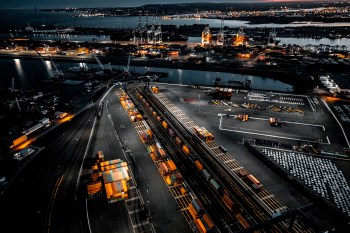