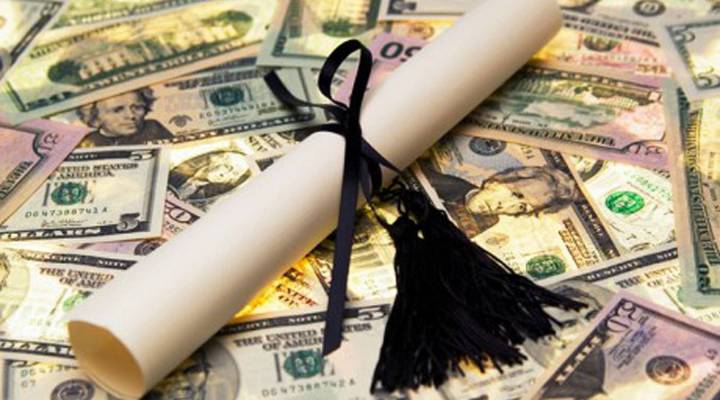 Is higher education a right?

Is higher education a right?

Earlier this week it happened. Officially. American’s student debt burden passed the one TRILLION dollar mark, according to FinAid.org — which has a clock running on the site. The average student graduates college with $24,000 in loans. But for many of them, that’s just a drop in the bucket.

College costs are rising 8-10 percent a year. Graduates are facing an economy with 8 percent unemployment. Employers are demanding college degrees as a bare minimum. This issue is even gaining traction in the presidential campaign. So we had a conversation with Robert Reich — former labor secretary, current Berkeley professor and author of “Beyond Outrage” — and Neal McCluskey, associate director of Cato’s Center for Educational Freedom.

The conversation between the two guests revealed it’s not a simple matter of “yes” or “no” to government student aid. Take a listen to the full half-hour interview we had with Reich and McCluskey to hear their takes on the “right” to higher education, what caused college to become so expensive and potential solutions to the financial aid system.