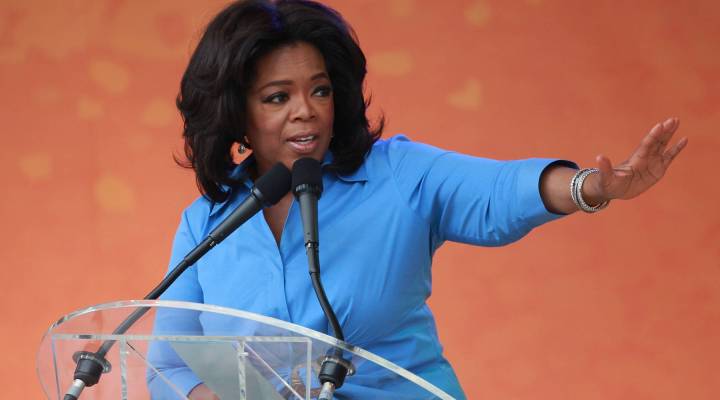 Remember when Oprah Winfrey gave away cars to everyone in her audience? One of those cars turned a dream into reality for Kiley Russell, one member of the audience that day. Photo by Robert Cianflone/Getty Images
Mid-day Update

Remember when Oprah Winfrey gave away cars to everyone in her audience? One of those cars turned a dream into reality for Kiley Russell, one member of the audience that day. Photo by Robert Cianflone/Getty Images

Seven years ago Kiley Russell was in the audience during a taping of “The Oprah Winfrey Show” when she and 275 other guests were each surprised with a new car. Instead of driving home her gift, Russell sold it, and used the proceeds to start a business: Big Girl Cosmetics.

Since then, her product line of soaps and cosemetics is selling swiftly over the Intenet, and she opened a retail business – Big Girl Makeup Bar & Spa – in her hometown of Chicago (and working on opening another). Now Russell is preparing to launch a new line of cosmetics at Macy’s.

Marketplace spoke with Russell today for the Mid-Day Update podcast to find out how she went from her seat in Oprah’s audience to a successful small-business owner.

“It was something that I always wanted to do, but didn’t have the confidence to do it,” Russell said, noting that it was more than just the seed money from selling the car that got her started on her new career path.

“I would have been able to start the business (without the car), but it was more than just the car, it was the fact that I felt that anything was possible,” she added. “It was kind of a wake-up call for me.”