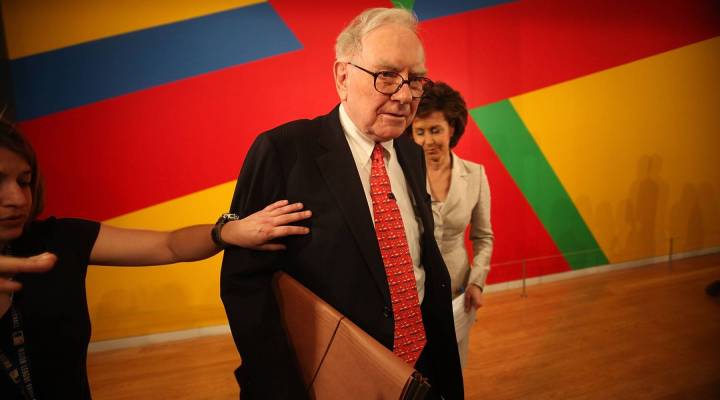 Stacey Vanek Smith: Billionaire investor Warren Buffett has announced he has prostate cancer. The 81-year-old told shareholders in a letter that the cancer is in its early stages, and he’ll continue to head up Berkshire Hathaway.

Whitney Tilson is a managing partner at T2 Partners and a Berkshire shareholder. He joins me now. Good morning, Whitney.

Smith: Whitney, you are a shareholder in Berkshire Hathaway — how did you feel when you read Buffett’s letter?

Tilson: First of all — just personally and emotionally — I know Warren Buffett. He’s been a hero and mentor to me, and so my heart went out to him personally. And when you see the word “cancer” in the first line of a press release, it’s obviously quite frightening and troubling.

But as I continued to read that the prognosis was excellent — there’s no other cancer in his body. And then I did a quick Google search on what the prognosis is for someone with this diagnosis, and basically, medically it’s a complete non-event. It does not affect his life expectancy, his ability to do his job, etc.

So that was obviously a big relief personally, but also as an investor in Berkshire Hathaway. It’s our largest position; we’ve been adding to it in recent weeks. So this does not change at all on how attractive the stock is.

Smith: Does this put more pressure on Berkshire Hathaway to be more public with their succession plans?

Tilson: I know some shareholders want them to reveal his successor. We don’t think that makes any sense, and don’t want him to do so. Yes, it’ll create a one-day news cycle of some people clamoring for that, and Buffett and the board of directors of Berkshire Hathaway will rightly ignore it, and this will go away.

If Buffett were on his death bed today, we would feel differently, and they would likely announce his successor. But given that a healthy, stress-free 81-year-old has a 12 year life expectancy, it would make no sense to identify his successor today because a lot of things can change in five or ten years.

Smith: Whitney Tilson is a managing partner at T2 Partners and a Berkshire shareholder. Whitney, thank you.