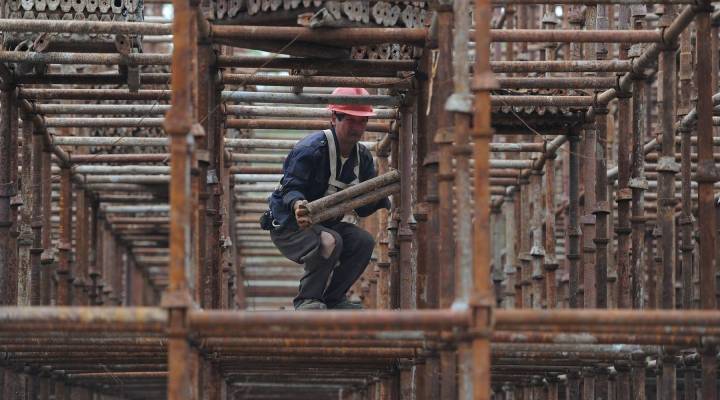 The last three months in China were the worst for the country’s economic growth since early 2009. 8.1 percent GDP, compared with 8.9 percent last quarter. Now, if 8.1 sounds like a good number it would be… here in the U.S., where growth was just 3 percent at last check. But this is China we’re talking about — a country with an economy that is still developing.

We’ve all heard a lot about the Trayvon Martin shooting in Florida, and that state’s Stand Your Ground Law – that allows people to use force if they feel threatened. Well today in St. Louis, that law will come under the spotlight as the National Rifle Assocation holds its annual convention.

And with the economy of the China stuck in 3rd gear, the U.S. stuck in first, and Europe in reverse where in the world does a savvy investor find some growth?

Google says it made a profit of almost 3 billion dollars last quarter and now the company is doing a 2 for 1 stock split though new shares will not include voting power.

An ongoing story captivating China involves a man who was, until recently, a rising star within the ruling party, his spouse, and a British businessman who turn up dead in a Chinese hotel room.  The wife is suspected of murder, her charismatic husband Bo Xilai is disgraced, his political power neutralized and now the investigation is reportedly looking into financial corruption.  The New York Times reports the wealth of this former Power Couple is now in the cross-hairs.

Well it’s been a big week for earthquakes around the world. Thankfully not a lot of damage is being reported after those quakes off the coast of  Indonesia, Mexico, and Oregon. All on Wednesday, by the way. Now even if you’re prepared for a  disaster like an earthquake at home. What would you do if it happens while you’re at work?

This weekend, as you’ve probably been hearing, marks a hundred years since the Titanic sank.   The tragedy continues to fascinate and to provide lessons for managing big projects even today.  But as Jennifer Hooper McCarty, co-author of “What really sank the Titanic” writes, maybe it’s not the usual short-answer.

Word this morning that consumer prices in the U.S. went up three tenths of a percent in March. Gas prices up, electricity prices were down.  Inflation has been more tame in recent months after a spike last fall.

A federal appeals court in San Francisco has ruled that public radio and TV stations cannot be barred from running political messages, or political “underwriting announcements” as they’re called in the system.  The ruling upheld the current ban on outright non-political advertising on public stations. But does this mean public stations are about to get a flood of paid campaign messages?

To Scotland, where there’s been a natural gas leak going on in the North Sea for weeks. And there are concerns about the effect that’s having on fish.  So the government brought in taste-testers.  These seafood specialists take an initial deep inhalation of the fish, followed by one or two shallower sniffs. Then they taste the fish and spit it into a cup. The verdict so far: the fish are fine.

Good old Harry Potter has been good to British author J.K. Rowling who is now worth an estimated 989 million dollars after those seven books.  But when the net worth gets close a billion, an artist can afford to try something new.  The publisher Little Brown has now revealed details of Rowling’s first new book since 2007.   The synopsis seems light on quidditch-potential.  It’ll be called “The Casual Vacancy” and it’s about an “idyllic” English town torn apart by elections for town council.