Jeremy Hobson: New Orleans is getting ready for its annual Jazz Fest, which starts at the end of the month. And while I’m sure the music will be fantastic as usual, it turns out the Crescent City has a little work to do when it comes to the business side of things.

Zoe Sullivan: New Orleans is practically synonymous with music. There’s Jazz Fest, Louis Armstrong and Lil Wayne. Still, just because music is big business here doesn’t mean that the artists are the ones making the money.

Wild Wayne is a local DJ.

Wild Wayne: A lot of artists made top 10 records, if you look back through the annals of New Orleans history, but they didn’t get paid. Somebody made off like a fat rat, but it wasn’t the artist.

Wild Wayne wants to get artists a bigger cut, so he and a business partner started a monthly event called Industry Influence. It’s the first Monday of the month in a desolate industrial neighborhood. Hundreds of young, African-American men, and some women, line up for the latest Industry Influence night.

Dappa: It’s definitely where we meet to talk about the politics of music in the city, arts.

This is Dappa, he’s a rapper with a local group called the “Rap Pack.”

Dappa: This is where we come together. This is here that we did our first show.

He’s here to learn how to deal with copyright issues, but he’s also here to make contacts and show his group’s stuff. Industry Influence has met regularly for five years. Hundreds of artists come each month to network and learn from panels on topics like “monetizing your music.”

They also come to perform. Wild Wayne says the business skills are a big reason for the program’s success.

Wild Wayne: I just think we make them whole, and when you make someone whole, and they can make their own money, it just kinda goes back to the teach a man to fish concept.

Wild Wayne and his partner are talking about expanding Industry Influence to other markets like Jackson, Mississippi and Eastern Texas. 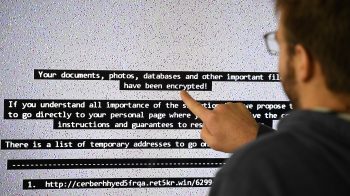