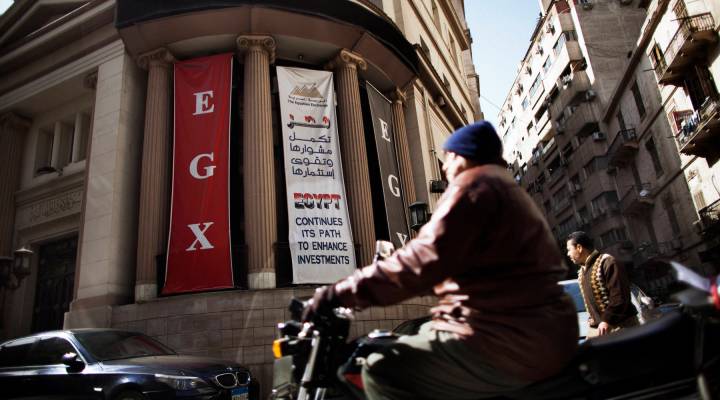 Stacey Vanek-Smith The International Monetary Fund (IMF) is in talks with Egypt today over a possible loan. Egypt has formally requested more than $3 billion from the IMF.

Here to talk about this with us is Angus Blair, chairman of the Cairo-based Sigma Institute, a Mid-East think tank. He joins us from Dubai. Good morning, Angus.

Vanek-Smith: Egypt turned down a similar package from the International Monetary Fund in June. What changed, why are they asking for the money now?

Blair: Politically, there’s a lot of arrogance soon after the uprising that Egypt would be fine and didn’t need help, especially from the international community. And a number of the activists at the time did not want to raise the level of debt in Egypt.

Subsequent to that, the economic picture in Egypt has deteriorated. So out of necessity, and the fact that interest rates have risen domestically, it’s clearly made sense to take the IMF loan.

Vanek-Smith: What is Egypt going to do with the money?

Blair: I think the current government is going to have to really be a bit more creative to help fund government expenditures. Quite frankly the IMF would provide a breathing space for other institutions to help to try and tide it over until there’s some political stability.

Vanek-Smith: Are there likely to be conditions attached to the loan from the IMF?

Blair: Last year the conditionality was really small, because Egypt was still the darling of the emerging-market investors. But subsequent the global economy has suffered and the perception of it has changed. But people want to help Egypt, it’s not in anyone’s interest to see a weaker Egypt.

So I think conditionality light. If it is it will be based around trying to cut the budget deficit over the next few years.

Vanek-Smith: Angus Blair is chairman of the Cairo-based Sigma Institute, a Mid-East think tank. He joins us from Dubai. Angus, thank you.