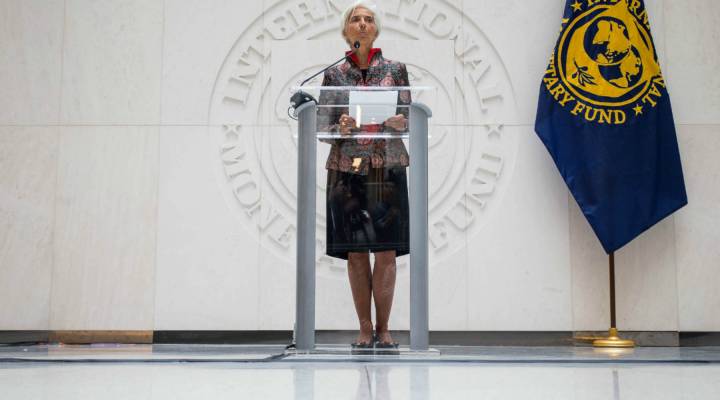 The discussions are expected to center around how to accelerate global growth. Brett House, chief economist at Alignvest Capital, said there’s still a rut left over from the 2008 financial crisis.

“Christine Legarde, the managing director of the IMF, has been sounding a three-pronged message that we need to complement the really accommodative monetary policy that you’re seeing from central banks with more fiscal stimulus and structural changes,” he said.

Basically, the message is that countries need to spend more.

Meg Lundsager, U.S. executive director on the IMF board from 2007 to 2014 and now a public policy fellow at the Wilson Center, said countries are reluctant to increase their debt burden right now given the economic and political uncertainty. And American spending isn’t going to prop up growth this time around.

“It used to be the United States was the engine of global growth,” she said. “The United States grew and sucked in imports and that generated growth around the world. That just isn’t enough anymore.”

Lundsager said she expects the IMF to provide a laundry list of recommendations this week, like more infrastructure spending and a focus on education. But major policy changes, given all this uncertainty, is unlikely.