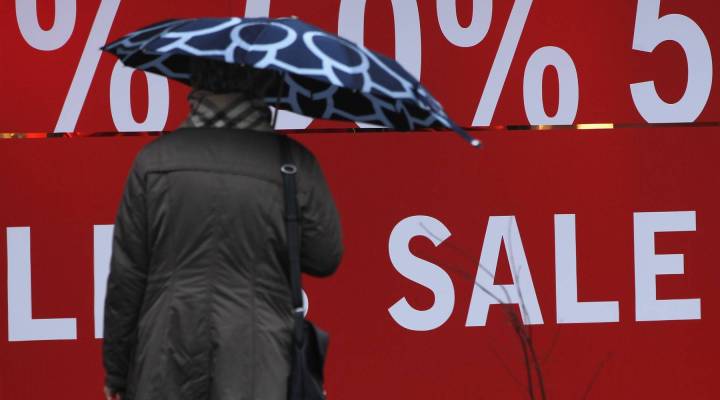 What’s your most precious electronic gadget?  It wouldn’t exist without the rare earth metals inside, and China has a big slice of the world’s supply.  Now, the Obama administration is taking China to the World Trade Organization saying it’s not playing fair with those crucial raw materials.

Word just now that retail sales in the U.S. are up 1.1 percent, the sharpest gain in five months. U.S. business inventories rose more than expected in January as auto dealers rebuilt stocks at the fastest pace since July 2010 to meet pent-up demand from households.

The top policy makers at the Federal Reserve are holding a meeting today — as they often do — to decide what to do next. They’re not expected to raise interest rates or start any new bond buying programs. The question is: Is job growth now strong enough for the Fed to start withdrawing some of its economic stimulus?

An official at  Southwest Airlines said this morning the company probably won’t report a profit this quarter because of rising fuel prices. She said boosting ticket prices is losing its effectiveness since it’s been done 10 times in the last year.

It’s being promoted as the civilized alternative to sleeping on the sofa.   The home building company Del Webb is offering some California homebuyers the option of an extra sleeping room off the master bedroom.  “Owner’s retreat,” it’s called. Hazard a guess what for? Sealing off the partner who snores.  The LA Times  reports the Sun City Shadow Hills development in Indio, California will offer the option.  The developer has data showing a quarter of couples 55 and older sleep apart to get a good night’s rest.

To Iowa, where Dave Larson just turned 40 years old. And to celebrate his big birthday, he decided to run 40 miles. Dave started at 7am and ran until 2:30 in the afternoon. His wife and kids followed in a car to cheer him on. After it was all over, his wife Leann said she was proud of him. But she told the Des Moines register: “I don’t want to do it for my 40th birthday. I’m thinking spa.”