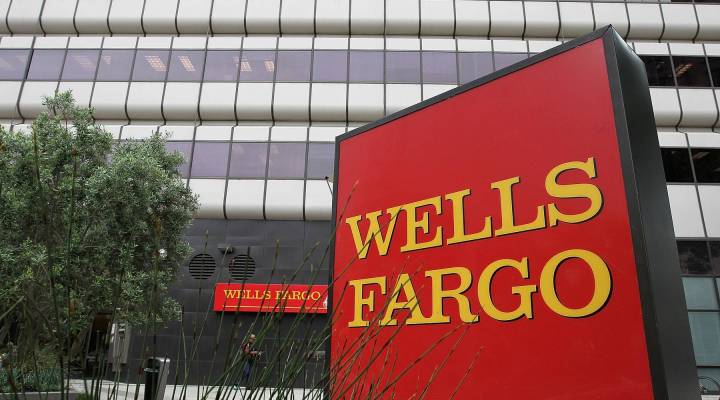 COPY
A sign is posted in front of a Wells Fargo Bank branch on July 19, 2011 in Oakland, Calif. Wells Fargo and Citibank both posted their quarterly earnings today. Justin Sullivan/Getty Images
Mid-day Update

A sign is posted in front of a Wells Fargo Bank branch on July 19, 2011 in Oakland, Calif. Wells Fargo and Citibank both posted their quarterly earnings today. Justin Sullivan/Getty Images
Listen Now

China said today that its economy grew 9.2 percent last year. The Gross Domestic Product figure is a measure of all the goods and services that make up a country’s economy. Now, for comparison purposes, our economy was growing at rate of less than 2 percent for most of last year.

Also up? Cognac sales. They hit a record last year, according to the LA Times. That’s mostly thanks to booming sales in China.

In a bond auction in Europe by the Eurozone bailout fund, about $2 billion worth of bonds were sold. And 8 percent of them were bought by Japan, which says they’re still a good investment, despite the fact that the bailout fund’s credit rating was downgraded yesterday.

Have you heard about ‘cupcake-gate’? A brewing scandal in which a cupcake was confiscated at the airport in Las Vegas, because of concerns about its gel-like icing? Well the latest development comes from Providence Rhode Island. A bakery there has cooked up a cupcake to get through airport security. According to Time Magazine, the TSA Compliant Cupcake has exactly 3 ounces of frosting, and comes in a clear quart-size plastic bag.

For those of us who can’t be troubled with cooking or waiting in those terribly time-consuming fast-food drive-thru lanes. Burger King wants to make your home the home of the Whopper. According to USA Today, the fast food chain is testing home delivery. No word on how or if they’re managing to avoid soggy fries. And, sorry to disappoint — but they don’t deliver breakfast.