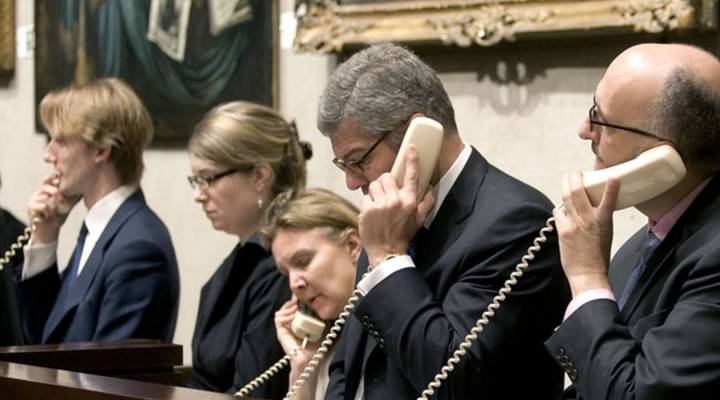 PODCAST: AT&T hangs up on T-Mobile

PODCAST: AT&T hangs up on T-Mobile

Here’s a holiday number for you from the economist magazine. Residents of the tiny European country of Luxembourg spend the most on Christmas gifts of any country. Eight hundred dollars per person.

In Japan, the government announced it will spend billions on new fighter planes from U.S. based Lockheed Martin. The decision directly follows the news of North Korean dictator Kim Jong Il’s death and new concerns about stability in the region.

AT&T has dropped its bid for T-Mobile. They just couldn’t come up with a way to make regulators happy.

And in Washington, D.C., many lawmakers are also without cheer. House Republicans are planning to block a bipartisan extension of the payroll tax increase.

Homebuilders had a bit more work in November. But 2011 is still going to be one of the worst years on record.

A cringe worthy number for you: The average American family spent $4,155 filling up at the gas pump this year. That’s a record.

To the town of Prosper, Texas, where police are handing out tickets… to good drivers. Well, gift certificates actually. According to the local NBC station, police want to reward proper seat belt use and drivers who obey the speed limit. The gift certificates are being given out in parking lots, so if you do get pulled over on the highway in Prosper, sorry, but you’re probably getting a ticket.

A grocery store in the U.K. has been selling Reindeer pate, branding the meat spread as a “farm-raised relative of Rudolph” seasoned with cognac and spices. According to the Daily Mail, animal activists were none too happy with the idea and complained. But, the attention backfired, and the grocery has sold through its stock of canned Reindeer. Imagine getting that in your Christmas stocking.