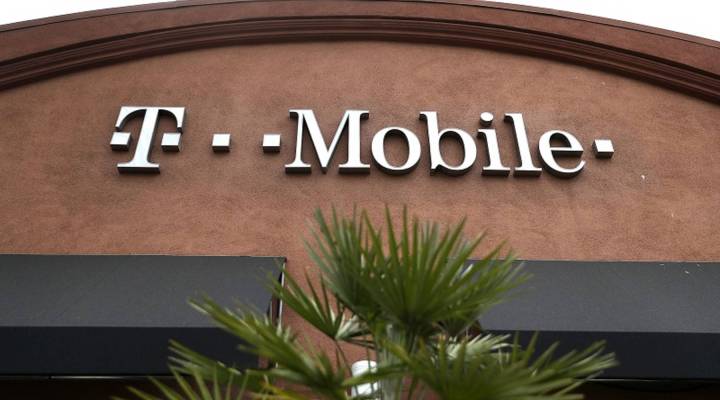 This week, T-Mobile and Sprint officially asked the Federal Communications Commission for approval to merge. If the merger goes through, there will only be three big wireless providers to choose from. And with net neutrality out the window, people are worried that cell phone service will keep getting more expensive.

There actually is another collection of wireless providers like FreedomPop, Mint, Boost Mobile, Tello and Metro PCS that offer an alternative, at least on price. These companies are what’s called mobile virtual network operators. They’ve traditionally been known as prepaid providers who rent wireless service from the big telecoms and resell it to consumers.

The good news: they’re starting to offer more options and ramp up their marketing. The bad news: There are more limits on the plans, sometimes you can’t use the latest and greatest phones on all of them, and the T-Mobile-Sprint merger could end up reducing the number of these alternatives since these two companies own some of them. Roger Cheng covers wireless carriers for CNET. He spoke with Marketplace Tech host Molly Wood about how MVNOs work. The following is an edited transcript of their conversation.

Roger Cheng: This is basically extra capacity on their networks that they’re selling out to these MVNOs. So for these big carriers, this is just this money in their pocket, right? They don’t have to invest in sales staff, they don’t have to invest in anything really. This is basically just these companies going out there, being hungry and winning over customers and then forking over some of that money to the big guys.

Molly Wood: So how might this change, if at all, when and if T-Mobile and Sprint merge?

Cheng: Well, the biggest change would be with the prepaid players that are actually owned by Sprint and T-Mobile. There’s Boost and there’s Virgin Mobile, that Sprint owns, and then there is MetroPCS, which T-Mobile owns. So if they merge, presumably there’s going to be a big shakeup there. We may lose one or two of those players and that could potentially be a blow. Boost Mobile actually offers, I think, the best unlimited data plan out there for an MVNO or for a prepaid player. And Virgin Mobile will give you, I think, a year service if you bring your iPhone to it. So those are kind of novel deals that may go away if this merger goes through.

Wood: So it’s interesting because on the one hand, it’s not true competition, because the major names get paid no matter what. But these MVNOs do represent consumer choice, right? Do you think that consumers are aware that they have these cheaper options out there?

Cheng: I would say they’re more aware of them than they have been in the past, but it’s still kind of an uphill battle for some of them. Most mass-market consumers who aren’t into the world of mobile or cellular technology are probably not going to be aware of a FreedomPop or a Mint. A lot of it’s, I think, individual based, and if all of the sudden you realize you can’t afford that, you know, $100 Verizon plan, then you start looking at different cheaper options.

Wood: I mean, shouldn’t we all be doing that? You know, I sort of feel like as a consumer, why would I continue to pay the $100 plan ever, for any reason?

Cheng: I think that’s a great argument. I think part of the issue is a lack of marketing. You know, you’re blanketed by ads with Verizon and AT&T. A lot of folks don’t realize that these smaller MVNOs run on those networks and offer the same kind of quality. And really, a lot of it is awareness. I mean, I think once you’re forced to look, because of budgetary reasons, that you start to see the different options.

Wood: Is that ultimately to the benefit of Verizon and AT&T? I mean, they may get paid by leasing that space, but I would assume if all of us en masse said, “yeah, I think I’m only going to pay $25 instead of $100 a month,” I would assume that that could actually start to become a problem for them?

Cheng: Oh yeah, that would be a huge deal for them that they’d see the revenue drop significantly. You know, you look at a company like AT&T, and they’re trying to bundle services with you, right? Same with Verizon. Like if you’re a Verizon fios customer, you get a discounted wireless plan. It’s not just purely about having that customer on the cell service. Like once they have you on, they can hook you into different services, and that’s how they really make money.