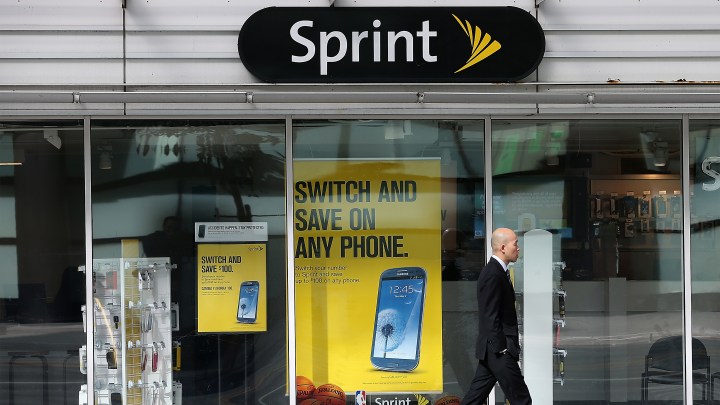 Two federal agencies — the Department of Justice and the Federal Communications Commission — have approved the deal. But still pending is the lawsuit filed by 18 state attorneys general, arguing that the merger would raise prices for all consumers, hitting low-income customers especially hard.

The deal may be running into another snag: T-Mobile chief executive John Legere, who’s slated to keep the top job after the merger, is reportedly in talks to take over the troubled coworking company WeWork.

On a 95-degree day last June, Sprint hosted a party at its campus in the Kansas City suburb of Overland Park.

Employees were celebrating the remodeling of Sprint’s headquarters, which took the building from marble and mahogany to open spaces, sofas and cool phone booths.

Sprint chief executive Michel Combs used the occasion to celebrate the new building. He did not, however, point out that the company’s logo was missing from the facade.

The familiar yellow logo fell victim to what analysts say is one of the longest approval processes in memory.

“At every step, this process has involved things that have never happened before,” said former FCC staffer and senior fellow at the Brookings Institution Blair Levin.

Levin says there are several reasons for that: the FCC Chairman Ajit Pai’s early signal that he’d approve the plan, despite questions; the Department of Justice sending the plan back to the companies to rework; and a coalition of state attorneys general filing a suit to block the merger.

“In fact, usually the FCC, the DOJ and the states are all on the same side,” Levin said. “In this case, you actually have three different groups and, really, three different opinions. So it’s pretty weird.”

While lobbying for the deal in Washington, T-Mobile executives reported spending nearly $200,000 at the Trump International Hotel.

“There have been some very unorthodox, some unusual happenings in this particular proceeding,” said Monica Alleven, an editor at Fierce Wireless.  “So there’s certainly politics involved in this.”

Correction (Nov. 15, 2019): A previous version of this story misstated the number of state attorneys general involved in the lawsuit. The text has been corrected. 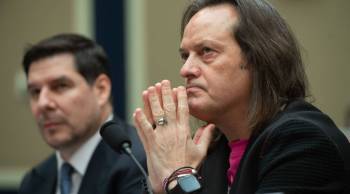