Director Hooman Khalili probably had a lot of expenses in making his feature film, “Olive”. But high priced camera rental was not among them. He shot the entire film on a Nokia N8 smart phone. The completed movie begins a one week run at Laemmle’s Fallbrook 7 theater in the West Hills neighborhood of Los Angeles tonight. Despite the savings on cameras, Khalili says “Olive” cost about $500,000 to make. He had initially approached Nokia to help fund it but they declined and he ended up getting a big investment from Facebook executive Chris Kelly. The phone required a lot of hacks, in part because the software tries to help you by deciding what you probably want to focus on, even if that’s not what you want to focus on.

From the LA Times:

They tried to pay professional camera makers to build a 35-millimeter camera that would work with the phone, but they were turned down everywhere.
Eventually Khalili and his team built what they needed from scratch, dismantling a 1940s-era movie camera to figure out how it should be done. And when it came time to attach the camera to the phone, the best they could come up with was double-sided tape.
The one overhead shot in the movie was made by putting the phone in a remote-control helicopter and hoping for the best.

Gena Rowlands is in it! 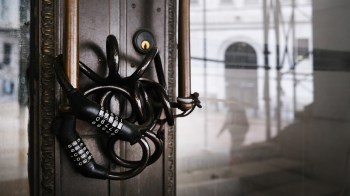