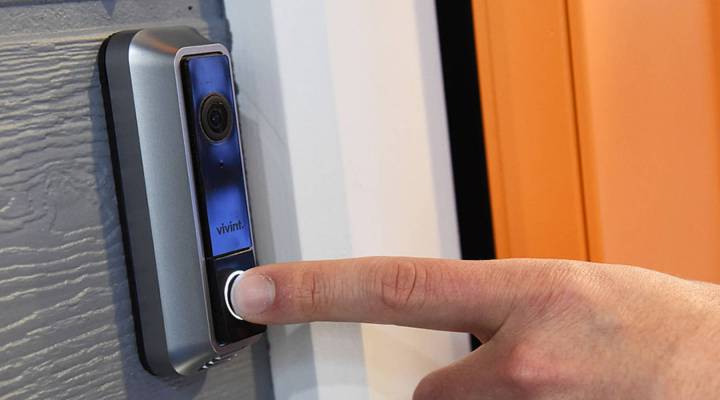 All this week we’re partnering with CNET Reviews, talking about the big trends in consumer technology as we head into the holiday shopping season. And it appears that the smart home is finally coming home to a lot more people. In 2017, almost 25 million smart speakers were sold, according to the Consumer Technology Association. So far this year, 19 million smart speakers have shipped, and holiday shopping has just begun. Once they’re in a house, smart speakers can act like a gateway device. People buy the speaker and then more and more connected devices so they can have Alexa or Google control everything in the house. Molly Wood talked with Rich Brown, an executive editor at CNET Reviews covering appliances and smart homes. He said smart devices are migrating into the kitchen this year. The following is an edited transcript of their conversation.

Rich Brown: You know, I’m not sure how many people are actually using these voice assistants to help out in the kitchen beyond basic stuff like set a timer or make a shopping list. But we have found that the recipe function with the Google speakers especially, and the Google smart displays, is actually really good. The way it responds to your voice commands is actually pretty intuitive, or it can pause when you’re working through a recipe. It can pick up where you left off when you resume the conversation. It’s actually a very natural way to work with a machine to make something in the kitchen.

Molly Wood: What about the privacy debate? Are CNET users coming and saying, “OK, sure, but I’m only going to buy the one that doesn’t have a camera built in”?

Brown: All the time. Privacy is huge, and that’s probably the thing we hear about most in reader comments. So the Facebook Portal video chat device, that one, I mean come on. Facebook put that out there. I’m not sure what they were hoping for. But anybody who sort of predicted that there would be a lot of consumer resistance and that the reviews would be critical given Facebook’s own privacy issues, I think they called that one. Interestingly, Google has that camera-free display called the Home Hub. They just put that out a month or two ago. And that one has all the functions of the other smart displays but no camera. But the privacy concerns, we only have these companies, for the most part, at their word in terms of what they do with your data and how will they protect it. So it’s a leap of faith for consumers for sure.

Wood: How about some of these other sort of nascent parts of the smart home like smart locks? Is that something that is appealing to the mainstream consumer, or does it just mean you’re also giving tech support along with your gift?

Brown: Yeah, I would be really wary about giving anybody a smart lock as a gift unless you’re pretty good at installing that kind of thing. If you’re thinking about other smart home stuff, smart security and smart cameras are pretty popular as a category in general, and the cameras are really pretty easy. You just kind of plug them in, get them on your internet and then you can view it over your phone. There’s no real installation that needs to go on unless you want to attach it to a fixed point on your wall or something. It sort of depends on how much screwdriver time you want to take on or how ready you are to hire a contractor to come in for somebody.