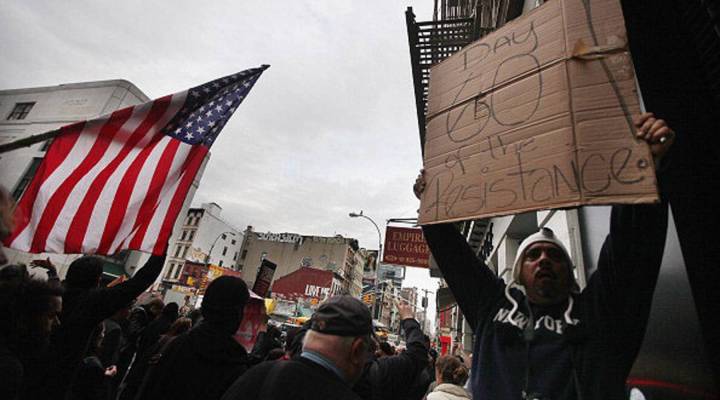 Steve Chiotakis: There’s a hearing going on right now a a state court in New York on whether it’s OK to bar occupy Wall Street protesters from
Zuccotti Park in Lower Manhattan. Just after 1 o’clock Eastern time this morning, police raided the camp that’s served as staging ground for weeks now. At least 140 protesters were arrested.

Stacey Vanek Smith: The court hearing going on now will determine whether protesters can keep Occupying Zuccotti Park and whether they’ll be allowed to set up tents and tarps. Police emptied the park early this morning, citing health and safety risks.

Protester Aaron Harnley stood outside the barricades at Zuccotti, saying this will only invigorate the movement.

Hundreds of protesters are surrounding the park now, chanting and awaiting the judge’s ruling.