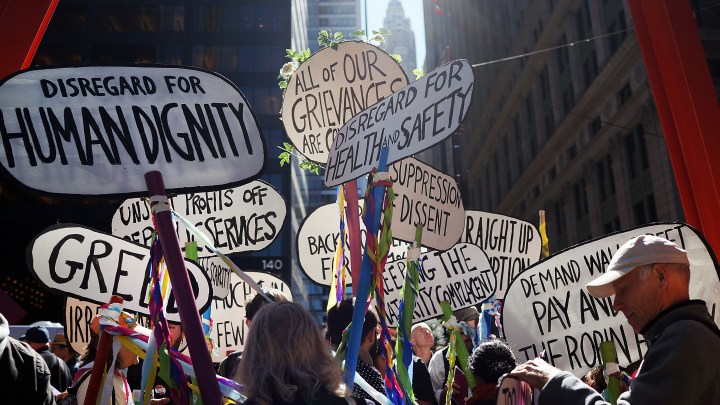 COPY
The Occupy Wall Street movement, one of the biggest recent protests against economic inequality in the U.S. Spencer Platt/Getty Images

The Occupy Wall Street movement, one of the biggest recent protests against economic inequality in the U.S. Spencer Platt/Getty Images
Listen Now

According to a new survey from Pew Research Center, 70% of Americans say the U.S. economic system “unfairly favors the powerful.” Fewer than a third of U.S. adults say the system is “generally fair to most Americans.”

The parties do agree that politicians have too much power, as, they say, do large corporations, health insurance companies and tech companies.

As for those who have too little power, according to the survey respondents? People who are poor, the middle class and small businesses.

“When it came to small businesses, Democrats and Republicans were largely in agreement that small businesses did not have enough power in today’s economy,” Ruth Igielnik, a senior researcher at Pew Research Center, told “Marketplace.”