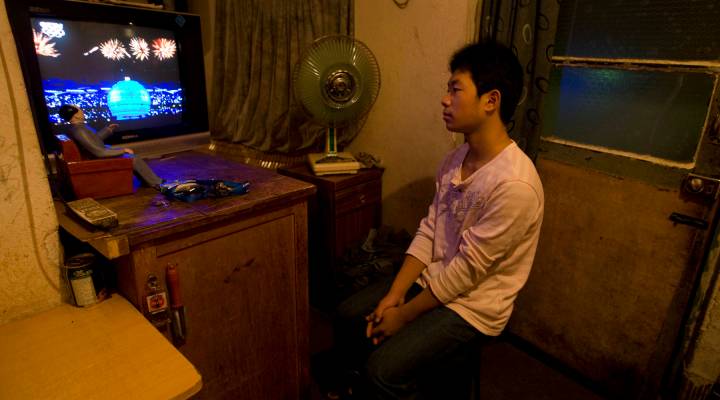 COPY
A Chinese man watches the opening ceremony of the 29th Olympic games at home on August 8, 2008 in Beijing, China. Paula Bronstein/Getty Images

Jeremy Hobson: Time Warner Cable is reporting this morning that it made $356 million in profit last quarter. But when you dig deeper into the earnings report, you might conclude that it’s time for the company to change its name to “Time Warner Internet.”

Robert Thompson is a professor of TV and pop culture at Syracuse University.

Robert Thompson: Between paying your rent or your grocery bill and cutting off cable, it becomes one of the things that has got to go.

Thompson says the other problem is that young people aren’t signing up.

Thompson: Very few have cable because they watch all of their television on their laptops. Unfortunately sometimes during my lectures.

Still, there is a bright spot. Larry Gerbrandt is an analyst with Media Valuation.

Larry Gerbandt: When you consider tens of millions of Americans who are unemployed, you would have expected that the losses would be far higher.