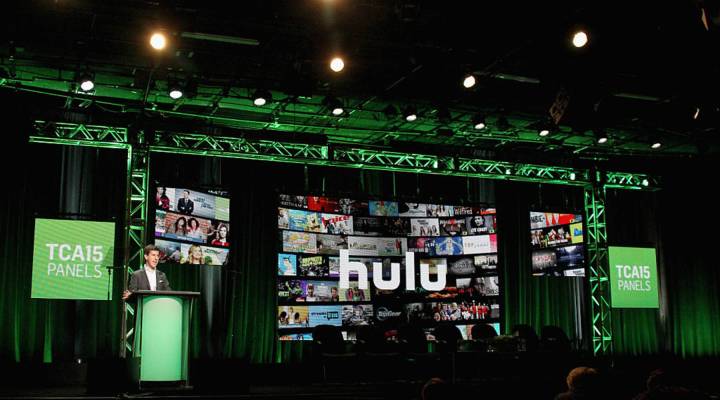 Trying to follow media companies these days can feel almost as tricky as trying to follow a battle on Game of Thrones. Who’s beheading who? Who got knocked off their horse?

Today Time Warner announced that it’s buying 10 percent of Hulu – for $538 million.  Hulu has plans to launch a new live service early next year, which would put Hulu in direct competition with cable companies. But the Time Warner in this deal is Time Warner Inc.  Not Time Warner Cable. And that’s a crucial point.

“Time Warner Inc, who is buying the ten percent stake in Hulu is not the same as Time Warner Cable,” Bill Jasso said, a professor of practice in public relations, at Syracuse’s Newhouse School of Communications. Instead, Time Warner Inc. makes content – like Game of Thrones.

So Time Warner Inc.  has to find places to distribute its content. Shows and movies on networks like CNN and HBO. Thus, says Jasso, the deal with Hulu. Hulu’s new service is one more place.

“The way to think about it right now,” Neil Macker said, an equity analyst with Morningstar, “is that Hulu and the service that they’re going to be offering next year is going to be replacing your pay TV subscription.”

Hulu will sell you a bundle which could include options like ESPN, ABC and content from Time Warner.

“The way the business is evolving – a lot of competitors are becoming partners and vice versa,” Paul Verna said, a senior analyst with market research firm eMarketer. “Hulu does compete with Time Warner in the sense that they are taking viewers away from cable services, which is where Time Warner’s biggest revenues come from.”

Those same cable companies pay more than digital distribution does, he notes.

“They’re really trying to have it both ways which is what every other company in this business is trying to do.”

Viewers are moving online. And Time Warner is following them, hoping to collect digital subscriptions and ad fees.

“I think more and more they realize, if that business is dwindling anyway, which it is, as people go over to digital then it’s better to take a slightly lower margin, than no margin at all.”