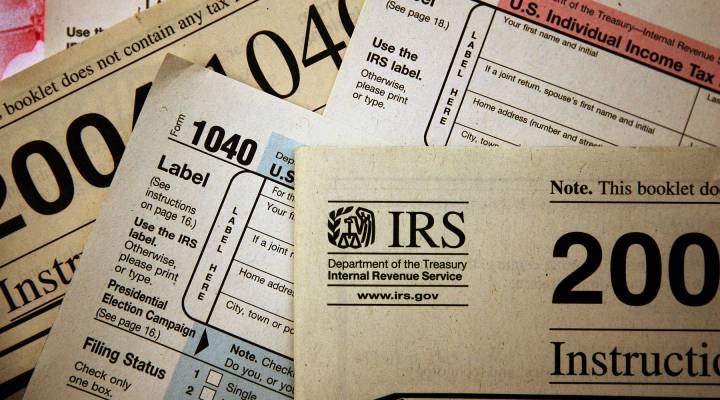 Federal tax forms are distributed at the offices of the Internal Revenue Service in Chicago, Ill. Scott Olson/Getty Images

The IRS says it has dredged up $2.7 billion from people who squirreled cash away in foreign bank accounts and failed to pay tax on it. The news that the Treasury is making progress in its campaign against tax dodgers – and bulking up its bank account – is making the Marketplace Daily Pulse quicken today.

The Treasury stands to gain a lot more from its efforts. That $2.7 billion is just the tax on foreign accounts that wasn’t paid – the people who have been caught or who came forward under the amnesty and declared their foreign accounts will still have to pay fines. Those fines range from 5 to 25 percent of the amount held in the account that wasn’t taxed.

UBS, Switzerland’s largest bank, agreed in 2009 to pay $780 million in fines, penalties, interest and restitution as part of a deferred prosecution agreement with the U.S. government. The IRS said people hiding assets offshore have received jail sentences running for months or years, and they have been ordered to pay hundreds of thousands and even millions of dollars.

Bloomberg News reported U.S. authorities are poised to take enforcement action against as many as 10 banks, which could yield tens of thousands of previously undisclosed accounts held by U.S. citizens.