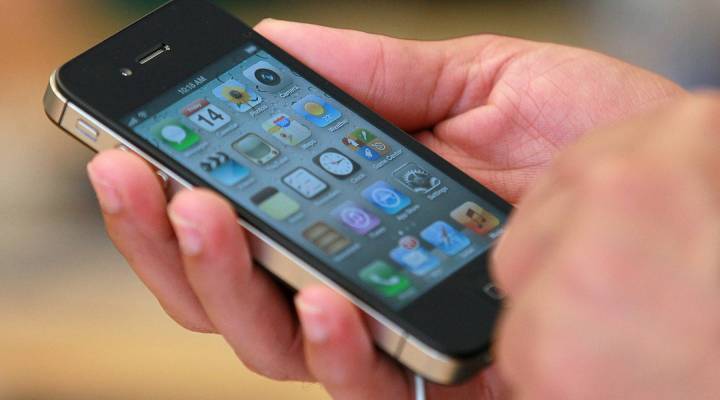 iPhone users say they will upgrade to the new iPhone 5….even though Apple hasn’t even announced that there will be an iPhone 5. (of course they will, Paddy. Don’t be stupid.)

The news that American consumers are preparing to splash out hundreds of dollars on something that doesn’t even exist yet is making us feel a lot better about the economy. In fact, It’s making the Marketplace Daily Pulse race a little!

A research firm called ChangeWave polled existing iPhone users to ask them whether they would upgrade. Thirty-one percent said they would, which prompted an analyst at RBC Capital to up his forecasts for sales of existing smartphones and churn of the iPhone line.

RBC commissioned the report from Changewave. You can access the full report on their website, but it costs $1500. Fortunately, for the thrifty among us, the highlights have been reported widely.

The report noted that when iPhone users were polled about possibly upgrading to the iPhone 4, ahead of its launch, just 25 percent said they would. The news that 31 percent will likely buy an iPhone 5 echoes a previous ChangeWave report that said people show a strong preference for iPhones over Android and RIM devices.

Sci Tech today reported that in a second survey of 2,297 consumers, Sept. 6-12, ChangeWave found that the resignation of Apple CEO Steve Jobs stands to have almost no effect on the demand for Apple products.

Apple has released a new iPhone every summer since 2007, usually in June.