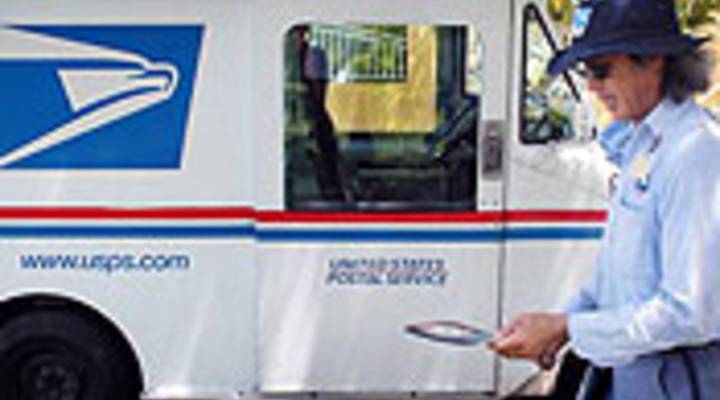 There’s a Senate hearing tomorrow that’ll look at big financial problems facing the U.S. Postal Service. The agency won’t be able to cover a $5.5 billion payment due this month for future retiree’s health care. Now the Post Office is looking to Congress for help.

Wall Street is off today, but there’s plenty of activity going on overseas. Markets are grappling with the possibility that the global economy is weakening again. In Europe, shares are down anywhere from 2 to 4 percent.

Singer Madonna is being sued for naming her Macy’s clothing line “Material Girl.” But a brand called LA Triumph is suing because they’ve been selling their own line under the “Material Girl” label for 14 years. Madonna’s spokesperson says they want the case thrown out because the singer is the “senior user” of the trademark.

College football kickoff weekend continues today. And I’m pretty sure most of the players will be 18-22 years old. But at Faulkner University in Alabama, the average team age is a little higher. That’s because junior Alan Moore is 61 years old. He left college in 1968 to fight in Vietnam, and just recently re-enrolled. Moore will suit up as place kicker.