Jeremy Hobson: The State Department is expected to give its blessing as soon as today for a controversial oil pipeline. The Keystone XL would carry crude from Alberta, Canada, to refineries in Texas.

But as Marketplace’s David Gura reports from Washington, it’s become a key issue for environmentalists.

David Gura: Environmentalists have organized two weeks of civil disobedience in Washington, protests in President Obama’s front yard. I got to the White House yesterday, just before noon, and it was pouring rain. There were a few families, some tourists, but I didn’t see any pipeline protesters.

Bill McKibben: They were probably in the paddy wagon.

That’s Bill McKibben. He heads Tar Sands Action, the group that’s organized the sit-in. More than 300 protesters have been arrested. McKibben says the U.S. should not allow the pipeline because of the heavy environmental toll of oil sands production.

McKibben: This is a really big deal, and President Obama could shut it down by himself — and therefore do more than, far more than anything else he’s done to usher in a new energy reality.

The Keystone XL is a pivotal issue for environmentalists who have endured a string of defeats in Washington. Last year, a major climate bill collapsed in Congress.

Scott Segal is an energy lobbyist. He says the environmentalists are too focused on symbolism, not real policy.

Scott Segal: The environmental community is using their opposition to the Keystone Pipeline as a cat’s paw to strike at fossil fuel development wherever it occurs.

It’s a tough fight against a project that would create thousands of jobs when unemployment is still high — and we’re heading into an election year. But McKibben hopes President Obama is listening.

The administration will make a decision by the end of the year. 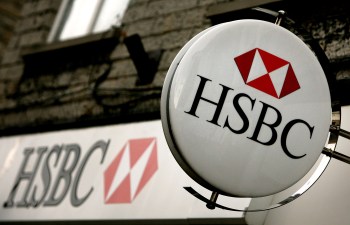