Kai Ryssdal: The heat goes on. Seventeen states up and down the heart of the country, from Texas to Minnesota, had excessive heat advisories today. There’s at least another week of pain on the way, well beyond what most Midwestern economies are used to dealing with. And businesses are sweating it out.

From the thick of it in St. Paul, Marketplace’s Jeff Horwich has more.

Jeff Horwich: Before I sat down to write this, I thought I’d better force myself out of the A/C one last time. It’s like walking through that jungle room at the zoo. Maybe with a toaster a few inches from your face. It slows everything down.

Ernie Goss: We are seeing a softer economy, and this will certainly just compound that.

Goss: As companies and individuals and families have to spend more on electricity and taking care of this heat, they’re going to have less money to spend on other items.

Goss says tourism and trucking in the upper Midwest are already hurting from intense rain and flooding this summer — heat will make things worse. But the rain and dew point are a blessing for crop farmers when the heat sets in.

Dave Miller: Plants can tolerate it more when you’ve got the humid conditions.

Dave Miller is a farmer and research director for the Iowa Farm Bureau. But timing is everything: Hot weather past the end of the week could interfere with corn pollination. For all you non-farmers: that’s bad.

Miller: Well if it doesn’t pollinate, it doesn’t produce. Then we could expect corn prices to start moving back up toward record levels, which would translate most likely into higher pork and beef prices.

At the height of summer festival season, the heat’s a real buzz-kill for outdoor entertainment — unless, of course, you name your concert fortuitously.

Jamie Fitzgerald: The “Hot As Hell Festival” — when you headline with Rob Zombie, it made good sense!

Promoter Jamie Fitzgerald says thousands turned out in searing heat in Tulsa this weekend — defying/celebrating the fact that Oklahoma is nearing one straight month of days topping 100. 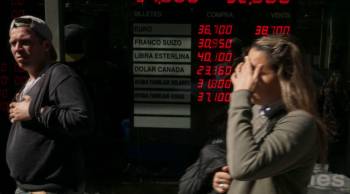