We talk to James E. McClellan III, professor of history of science at Stevens Institute of Technology in New York about what were the iPads and Skypes of the time back around the days the Declaration of Independence was being signed.

He says America was still very much an agrarian economy back then. The industrial revolution had yet to arrive so the big sweeping technological changes hadn’t yet taken place. There was the steam engine but it was still in its infancy, relatively speaking. The plows being used in 1776 were awfully similar to the plows that had been used in 1476.

But in terms of information distribution, the printing press was huge. People all over the emerging country could get the same information. They could read it too since literacy rates were relatively high thanks to all those Protestants reading their bibles so much. And without this massive, widespread technology, would there have been an American Revolution?

“I don’t think so,” says McLellan. “It’s a good case of technological determinism. You just couldn’t have that kind of flow of information. For the revolution to be successful, people needed to learn about it through the press and get involved. There were other ways as well, of course — personal communication, letters — but the press, I would say, is the backbone of the American Revolution.”

McLellan tells us about two other important technologies that improved life dramatically around this time. The lightning rod came in quite handy since it meant fewer houses, schools, libraries and other buildings burning to the ground, not to mention the big storehouses of gun powder. The Franklin stove emerged around this time as well, meaning families didn’t have to cook over an open fire and deal with all the smoke that went along with that process. It was also a much more efficient way to heat a home, which came in handy in those New England winters. 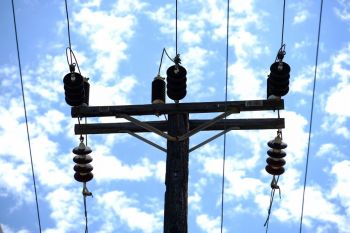