Vaclav Klaus, president of the Czech Republic, was at a press conference this week in Chile when something shiny caught his eye.

Chilean President Sebastian Pinera and President Klaus were celebrating the signing of a new transport agreement. During Pinera’s speech about the two country’s bilateral friendship, Klaus admires the ceremonial pen placed before him at the table — and upon inspection, quickly “steals” the pen.

In case you missed it, here’s a little play-by-play, courtesy of the LA Times:

He admires it. Turns it over. Slips it into his hand. Drops his hands beneath the table. Switches the pen to his left hand and drops the pen into his pocket. Before putting both hands back on the table as blithely and innocently as you please. Then, he resumes intently listening to the translation through his earpiece.

VERY stealthy. Accept for the few hundred people in attendance and the dozens of rolling cameras fixated on the two presidents. Video footage of the event is quickly circulating the Internet — at the time of publication the video had over 3.1 million views.

Klaus’ aids are now explaining that keeping such ceremonial pens is a Czech tradition, telling to the BBC that the pen was “a common pen with a logo of the state or office, which presidents and members of their delegation receive during state visits.”

Even Facebook has taken up the cause. The Associated Press is reporting that over 5,000 Czech citizens have signed up for a cause vowing to send the president thousands of pens by May 2 because “Mr. president obviously has nothing to write with.” 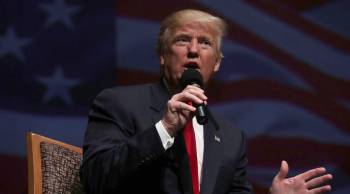